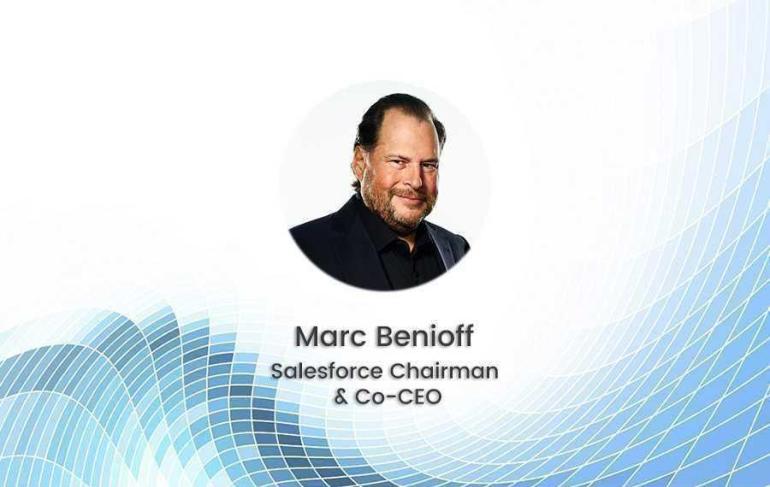 Marc Benioff, the Co-CEO and Chairman of Salesforce, isn't just the man behind one of the biggest CRM companies in the world. Benioff is also a huge source of inspiration to entrepreneurs, business leaders, and individuals across the globe. As a pioneer in the cloud computing arena, Benioff has helped Salesforce to thrive throughout the years. The company has become one of the fastest-growing software companies in the world.  Marc is also an incredibly generous person, investing in dozens of technology start-ups across the globe in his free time. With his wife, Benioff has given millions of dollars to charitable trusts and organisations. Marc has given 325.5 million dollars to the University of California alone, for its children hospitals and ongoing research strategies.

A Pioneer in Online Enterprise Software

When Benioff founded Salesforce back in 1999, he wanted to create a different kind of enterprise. Salesforce was an innovative solution as it was hosted online, rather than being installed directly into client computer systems. When Benioff designed Salesforce, he wanted to create great products and simultaneously have a positive impact on the world. That's why Marc created his 1-1-1 model of philanthropy. This model leverages Salesforce resources to improve communities across the globe. Over 5,000 businesses have now embraced this Pledge 1% movement.  20 years after Salesforce initially entered the market, it's now a Fortune 500 company, employing more than 30,000 people. The business runs on the core values of innovation, equality, trust, and customer success. Forbes has recognised Salesforce as one of the most innovative companies in the world. It's also the #1 best place to work, according to Glassdoor.   Before he launched Salesforce, Benioff already had a history in the technology landscape. He spent 13 years working with the Oracle Corporation, where he earned the title of the youngest Vice President in the history of the brand. At 14, he had already sold his first piece of software, which taught people how to juggle, for $75. At the age of 15, he founded his first company, Liberty Software, to create video games.  For four months in 1984, Benioff even worked as an intern with Apple. During his internship, he wrote assembly language programmes for the Mac 68000 Development System.

From Bright Mind to Even Brighter Future

Benioff's innovative mind has taken him into several successful experiences over the years. He earned a B.S of Business Administration from the Southern California University, where he now sits on the Board of Trustees. In 2014, Benioff also achieved an honorary degree from the USC for "Doctor of Humane Letters."  Across the years, Marc has been named "Innovator of the Decade" by Forbes Magazine, and he ranked number 3 on the Fortune 2017 Businesspeople of the Year's list too. AS well as this, he's one of the world's 25 greatest leaders, according to Fortune. Also, Marc is one of the 15 highest performing CEOs in the world, according to the Harvard Business Review. Benioff has also been honoured with various other awards for his leadership initiatives around equality, such as the Billy Jean King Leadership award, and the EmPOWerment award from Variety Magazine.  When he's not accomplishing amazing things in the technology space, Benioff continues to make the world a better place in other ways. He and his wife created the Benioff Ocean Initiative at the University of California in 2016, to solve ocean issues across the globe. Benioff is also a member of the World Economic Forum.