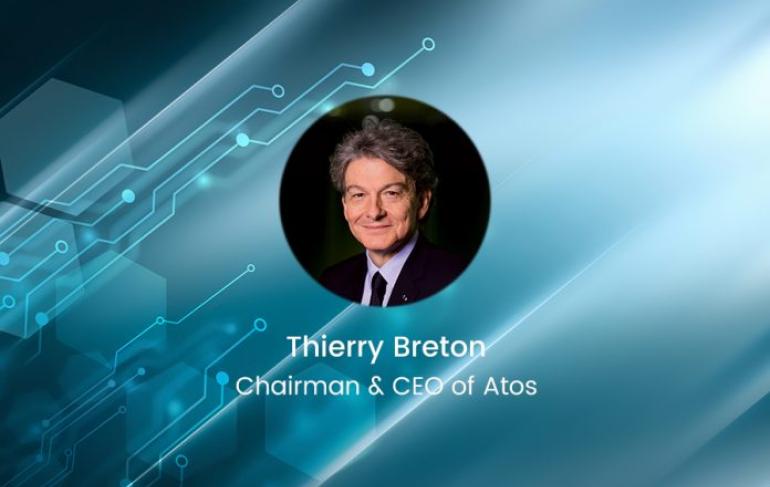 Thierry Breton is one of the best-known academics, businessmen, and IT leaders in the world. As a former professor at Harvard Business School, Breton has inspired countless students to pursue their passions in business and technology. Today, Thierry has been the CEO and Chairman at Atos for 10 years.  Atos is one of the world's leading information technology service companies. From its headquarters in Bezons, France, the company supports offices worldwide that deliver everything from cybersecurity services to big data analytics, cloud solutions, and unified communications. Atos is also the parent brand to various organisations such as Unify (communications), Atos Healthcare, Canopy, Worldline, and Bull. During his time with Atos, Breton has been named one of the 100 top-performing CEOs in the world between 2010 and 2017, according to the Harvard Business Review.

A Born Leader and Pioneer

Before his impressive career with Atos, Thierry held several leadership positions with companies around the world. He was CEO for the multinational electronics company, Thomson, between 1997 and 2002. Breton was also the CEO of the largest telecommunications company in Europe, France Telecom.  Thierry's passion for growth and exceptional ability to lead and inspire others helped him accomplish various professional achievements through the years. Between 2005 and 2007, Breton served as the Minister for the Economy, Industry, and Finance in France. After that, Thierry moved onto a position in teaching as a professor at Harvard University.  With various honours and awards to his name, Thierry continues to excel in his field, decades after he started his career. In 2015, Breton got the Montgelas Prize for outstanding activity supporting French and German cooperation.

A French Icon and Industry Leader

Breton is a commander of the National Order of the Legion of Honour. He has also been elected as the President for the French National Association for Research and Technology. In 2016, Breton became a member of the French Academy of Technologies too.  Before his illustrious career began, Thierry earned his education from the Paris École Superiedure D'Electricite, with a Master of Engineering. He also attended the IHEDN.