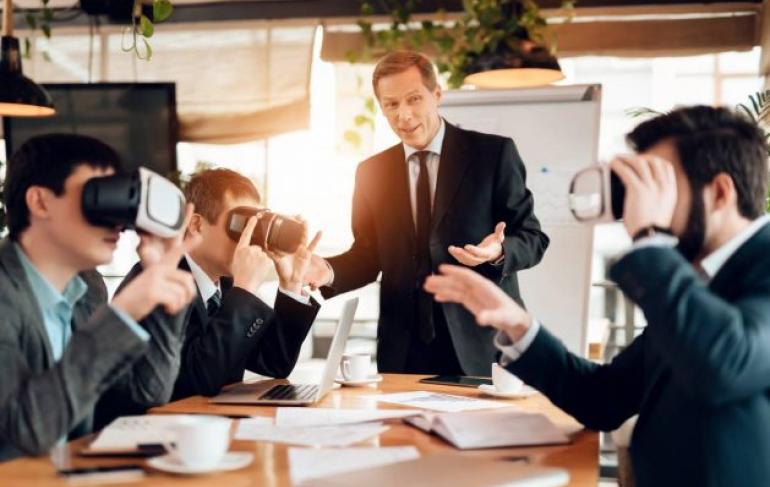 Virtual reality (VR) has truly become, well, a reality. No longer a concept for the year 3000, the ball is vigorously rolling across a number of industries. In particular, unified communications (UC) will likely undergo huge transformation once VR fully asserts itself. As a refresher, VR is the faddish technology that has actually been around for some time. To put it simply, VR is a computer-generated experience that is believable and interactive. The general purpose of it is to make you feel as though you're really 'there'. What's more, it provides an immersive experience that is unparalleled to movies and books, instead giving you a real sense of co-presence.

Out with the old, in with the new

UC has already enjoyed its fair share of innovation. In particular, video conferencing, Bluetooth headsets, and the cloud are just a few technologies transforming the way businesses communicate. VR not only introduces new opportunities for UC, but it can also transform the assets UC already has. For example, video calls famously lack interpersonality. A lot of companies work this way today, but frankly, video conferencing just hasn't lived up to the hype. VR technologies such as holoportation – which Microsoft are researching – transform the way we conduct video meetings. Rather than staring into a webcam, holoportation (or more specifically, the holoportation headsets) allows everyone to see and interact with the room as though they are really there. It's important to note that the communication takes place in real-time (or so it should), eliminating the lag sometimes associated. Furthermore, it simply is a much more modern way to do it; video conferencing has been around for so long, yet it has hardly moved forward or innovated. Outside of video meetings, VR can greatly improve the customer experience. In particular, troubleshooting will be so much easier when the agent can see exactly what the customer sees. This will undoubtedly speed up resolution, and it also makes for a more personal experience. Humanising the agent is critical, especially after the Marmite-esque advent of chatbots, which customers either love or hate. Of course, this is just scratching the surface of VR capabilities in UC. The myriad opportunities are sure to just keep on coming as customer demands evolve, and there's no real way of knowing what they are until we get there. Once thing that is clear, however, is that VR is the future of communications.

October is Cybersecurity Awareness Month. Read all about it here.