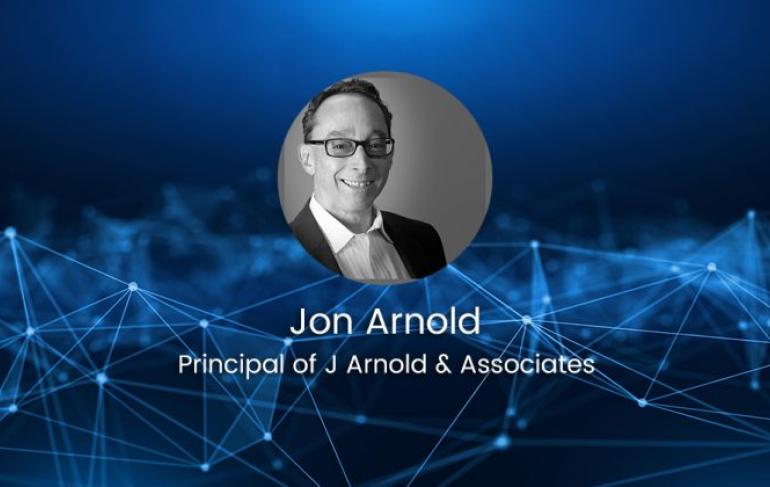 This post ran initially here on Jon Arnold’s Analyst Blog, who is one of our contributing analysts.

I’ll tip my hat to the new constitution

Take a bow for the new revolution

Smile and grin at the change all around…

You know the rest.

I attend many conferences as an analyst and have been to vendor events each of the past two weeks. While most vendors in our space are essentially addressing the same problem set for end customers, each has a different story to tell. Many of us heard Alcatel-Lucent Enterprise’s story, and my takeaway from that - Somewhere, over the Rainbow - reflects a particular set of challenges that all incumbent vendors struggle with. This time, it was Cisco’s turn, and operating under a different set of circumstances, they had their own story to tell. We heard a lot that was new, but a lot that was familiar as well, so my takeaways here are a bit mixed. Furthermore, quite a bit of the new is under NDA until Enterprise Connect, so you’ll just have to be patient for some of the good stuff. For this post, I’ll talk a bit about the new and the not so new.

The big story was our formal introduction to Amy Chang, who now leads Cisco’s Collaboration Technology Group as SVP and GM. There’s been a lot of management turnover in this group lately, and she brings a fresh start, taking over from Rowan Trollope who is now leading Five9. For many of us, the above lyrics are hard-wired to our adolescent brains, and the song’s sentiment is anything but aspirational. While it’s too early to tell if Amy will be the same as the old boss, my takeaway is a strong no, and that makes this a good kind of new. What makes this a good story is that it’s not just Amy, but also her Webex leadership team, which has a lot of new faces. She took time to introduce and celebrate all this talent, making the smile and grin at the change all around very fitting for our group. At one point, she showed a composite photo of the full group of 24, 8 of whom are women. That’s a great representation, and as diversity goes in Silicon Valley, it’s a very good sign. Wearing my Canadian colours, it’s also great to see Cisco Fellow Cullen Jennings filling the CTO spot following Jonathan Rosenberg’s recent departure, also to Five9. Many good things about Amy strike me, especially her focus on listening and attention to detail. Just these qualities alone go a long way to explaining her impressive track record, and why she seems so right for the role. First impressions matter and she started our event with some big-picture talking about three Horizons that shape how the collaboration is going to be run now. Horizon 1 is the “promises already made to us, our customers and our partners”. I’d say this is the new constitution, and it’s really important to respect what’s already in place. That’s a good way to get off on the right foot, and she correctly noted this is especially important for the 45 million Jabber users who really like the product and have been wondering if it will just get folded into Webex. Later on, Scott Hoffpauir assured us they’re still investing in Jabber, and “we have their backs – there’s no reason to worry”. Let’s hope so. Horizon 2 is “what’s coming around the corner”, and Horizon 3 is “our moonshot bets”. This would be their focus on short-term and long-term innovation, and what they shared with us is under NDA. So, I need to move on, but some of this will be on display at Enterprise Connect in a few weeks

Well, sort of. Amy talked about the oft-cited idea from VC/thought leader Ben Horowitz about peacetime and wartime leadership. I was waiting for the Art of War segue that I’ve heard from Guy Kawasaki, but that didn’t come. That aside, I’m with her on this being the time for Cisco to have wartime leadership in collaboration – the business has been flat at best, and it’s fair to say the previous regime did not operate in this mode. Her comment about “wartime being growth time” was prescient – or carefully staged – as soon after, we were treated to a pop-up appearance by CEO Chuck Robbins. Our event happened to be on an earnings call day, and guess what – YoY revenues for the Applications LOB (which includes collaboration) were up an impressive 24% (but only 3% from the previous Q). Cue the champagne – literally – see photos below. Since Amy is new to the job, she can’t fairly take full credit for that nice bump, but the ends seem to justify the means in terms of shifting to wartime leadership. She duly noted that peacetime leadership is for a more stable time during a market cycle, and it’s worth considering we may never get back to that mode given how quickly technology changes. Peace is a necessary condition for prosperity, so that’s a bit worrisome if we never have peace in the collaboration space. We’re already well along the path where there will just be a handful of really big winners in the digital economy, and it’s hard to see that changing short of another type of revolution – likely driven by regulation. Am getting a bit off topic here, but this takes things into 1984 territory where the state is in a constant state of war; not to defeat enemies (competitors), but rather to simply hold on to power. Enough – don’t get me started - so let’s get back to 2019.

3. “I want collaboration to be magic for me”

I totally agree with that sentiment from Amy. She talked about making it feel like everyone is in the same room together when collaborating, and this is part of her mantra to win the “hearts and minds” of customers. Definitely, the right idea here, and Javed Khan and Lorrissa Horton provided Webex Meetings updates that showed some magic. One is @Meet, where you just need one button to push to schedule and join a meeting. The idea isn’t that radical, but the magic is how they now make it work uniformly across all Cisco platforms with the same icons and look and feel. Another cool update is the use of virtual sticky notes. They found this to be an integral part of an in-person meeting experience, and the virtualized version now lets remote users do the same thing. Using the Webex board, anyone can create a sticky note on the fly, then move it around with all the others, whether you’re in the meeting room or offsite. This works on mobile devices too, so it very much caters to digital natives, another important group of hearts and minds for Cisco to capture. As Lorrissa said, “we don’t want to just digitize team collaboration, we want to transform it”. Noted. On a broader scale, there’s a new term coming in the Cisco lexicon – cognitive collaboration. You’ll be hearing more about this at Enterprise Connect, and basically represents their new approach for integrating AI (artificial intelligence) and ML (machine learning) into all-things collaboration. The same holds for the contact centre as well – if not more so – and we heard and saw more about that later in the day from Vasili Triant and Zack Taylor. Magic aside, we got plenty of updates on Webex Teams, Meetings and Calling, along with how the BroadSoft pieces now fit. Their phone business continues to boom, and I suppose you could say that’s a magic trick given how digital natives communicate. I’ll just say that hardware still matters, and it’s great for the channels. It’s also worth noting that their Flex pricing/licensing strategy seems to be working very well, and is making it easier for customers to migrate to the cloud.

What’s not so new

There’s definitely a lot to like here, but analysts strive for balance, so it’s important to note that much of what we heard was familiar from earlier Cisco events, such as: “What are people telling us? We’re complex – it has to be simpler.” “We have to interoperate – customers have things in place already and we need to work with that.” “We’re building bridges, not islands – we work with everyone in the ecosystem.” “Be cloud first, not cloud only.” All of this is important and true, but we’ve heard these before, so it’s not exactly new territory for Amy and her team. Also, many of the updates for both collaboration and contact centre were similar or only slightly different from before, especially the recent Connections event. At face value, this might lead you down the same as the old boss narrative, but it really does feel different now. There’s an energy, a focus and a sense of purpose from the new team, and in terms of real innovation, I think that progress will be validated at Enterprise Connect. As such, I just look at the not so new as being ongoing challenges that aren’t particularly unique to Cisco. On the whole, they didn’t strike any wrong notes at the event – other than going a bit light on their contact centre business – so I’ll circle back to the start and wrap up by saying I’ll tip my hat to the new constitution.

Enjoyed this piece? Check out Jon Arnold's recent piece on Alcatel-Lucent Enterprise’s Move to the Cloud