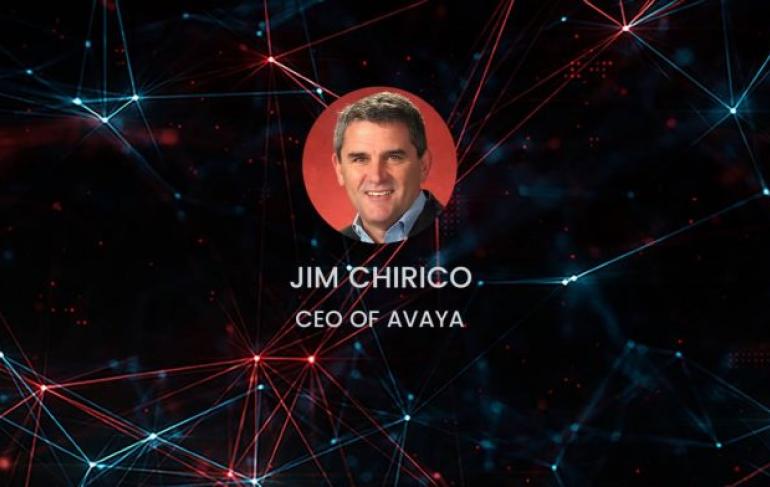 Avaya is one of the world's leading communication and collaboration vendors. Each year, the company helps countless businesses embrace new, innovative and disruptive solutions. The firm specializes in everything from contact center technology, to cloud communication services. Jim Chirico is the CEO for Avaya, a man with extensive experience in the company and the technology landscape. Jim took over as the president and chief of the company in a time when Avaya desperately needed guidance. Thanks to Chirico and his team, Avaya was able to come out of an application for Chapter 11 bankruptcy better than ever.

Jim Chirico describes himself as an experienced global leader, and operations expert. Driven by a desire to help people accomplish better things with their collaboration and communication, Jim joined Avaya in 2008. He came to the company from Seagate Technology, a business where he worked for 9 years, leading 50,000 employees. When Jim first joined Avaya, it was as their Chief Operating Officer and Global Sales Leader. Chirico was responsible for sales operations, human resource management, and global business processes. He also helped the company create its industry-leading business model. In 2017, Chirico took over the role of CEO and President. In this new role, he's instrumental in driving Avaya's future and unlocking new opportunities for the brand. Before his time with Seagate, Chirico also spent 18 years working within IBM. As a crucial part of the leading technology company, Jim held multiple management positions. Chirico holds a Bachelor of Science degree from the Providence College of Rhode Island.

Creating a New Future for Avaya

Avaya, like many companies, has been through its ups and downs. The company filed for Chapter 11 bankruptcy in 2017. Soon after, Jim Chirico took the helm at CEO, where he needed to find a way to help the business evolve. According to an interview with "Business Week," it was clear that Avaya had to transform. Though the company's heritage was rich, the company needed to build trust among its uncertain customers. Fortunately, Chirico was successful in guiding Avaya towards a brighter future. Today, not only is the business out of Chapter 11 bankruptcy but its stronger than its ever been. By maintaining the Avaya spirit of innovation, and tapping into a broad base of knowledge, Jim was able to transform and enhance the Avaya brand.