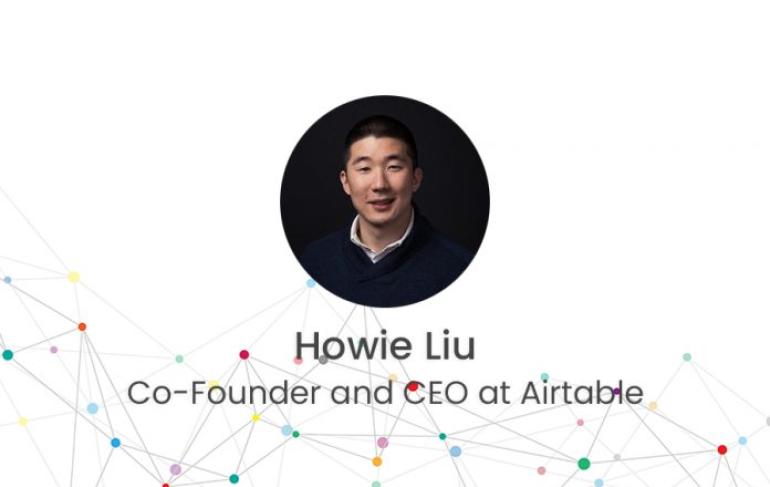 Along with his fellow co-founders, Emmett Nicholas and Andrew Ofstad, Howie Liu is one of the innovative creators of Airtable. Today, Liu acts as the company's CEO, a brand that aims to give businesses the tools they need to create software that works for them. Today, creatives and creators across the globe rely on Airtable to design software solutions for their everyday operational problems.  Howie is a forward-thinking creator and thought leader in the digital space. At the age of 20, Liu founded the Etacts company in an effort to disrupt the CRM industry. In particular, he wanted to create a product for individuals and SMBs that needed to effortlessly manage customer relationships.  Salesforce later acquired Etacts, which had already captured the attention of investors like Ashton Kutcher, Ron Conway, and even Youtube. When Etacts was purchased by Salesforce, Howie joined the Salesforce team. At the company, Liu was leader of the social CRM product, helping the company to develop its flagship software offering.

A History in Innovation

Before launching Etacts in 2010, Howie also worked at Crowdflower, where he helped to design the first analytics product for the company and win some vital accounts. Before that, Liu was already making his mark as one of Freestyle Capital's first analysts while still in college.  As well as earning his degree in mechanical engineering and public policy at Duke University, he also worked on the university's computational airflow design project too. Within the initiative, Liu used neural nets and genetic algorithms as part of the comprehensive independent research product.

Howie has a robust history as an innovator in the digital world. Howie has stepped in to deliver something new and market-changing where customer relationship management and software development solutions have been absent. Liu is a disrupter in his industry and one of the most impressive minds of the current marketplace.