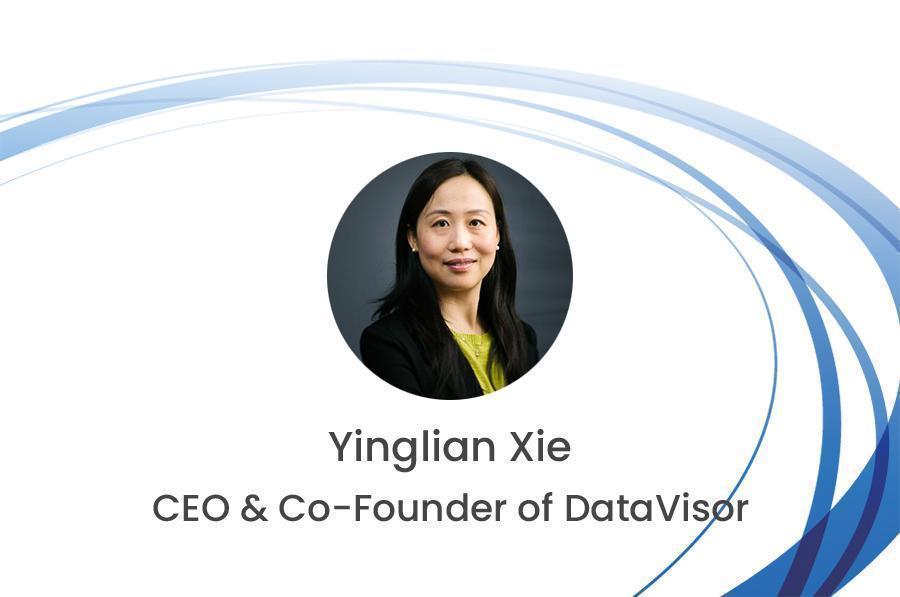 CxO of the Week: Yinglian Xie, CEO and Founder of DataVisor

In a world where security and privacy are more crucial than ever, Yinglian Xie is one of the IT experts leading the way towards a safer tomorrow. As the CEO and Co-Founder of DataVisor, Xie helped to design a business that offers next-generation fraud detection solutions with cutting-edge artificial intelligence (AI) technology. Using unsupervised machine learning algorithms, the DataVisor brand allows companies to eliminate fraud issues proactively.

Yinglian's journey in the IT industry began in 2006 when she started as a senior researcher for Microsoft. There, she earned various insights into the fields of AI and big data. Over the years, Xie has expanded her skill set in some of the world's most disruptive technologies. As a result, she has been able to create a pioneering company in the IT security landscape.

From Researcher to Co-Founder

Yinglian had a profound interest in technology from a young age. In 1995, she graduated from Peking University with a BS in Computer Science. Xie was ranked at number one out of 140 students in her grade. In 1999, she continued her education at Carnegie Mellon University, getting a Doctor of Philosophy in Computer Science, working on large-scale intrusion and anomaly detection, secure search engine creation, and network design.

In 2005, Xie finished her education with a post-doctorate degree in Computer Science. Soon after that, in August 2006, she joined the research team at Microsoft as a Senior Researcher. For over seven years, Xie worked with Microsoft to research distributed systems, networking, privacy, and security to improve online services.

In 2013, Xie moved away from Microsoft to begin focusing on her own co-founded business, DataVisor. Since then, she's been working on turning the DataVisor startup into a world leader in big data security for customer-facing apps and websites.

From her days working with Microsoft to protect hundreds of millions of users each day, Yinglian has had a profound impact on the world of IT security. Today, Xie continues to push the boundaries of what's possible in data security, delivering intelligent solutions for the businesses of tomorrow.