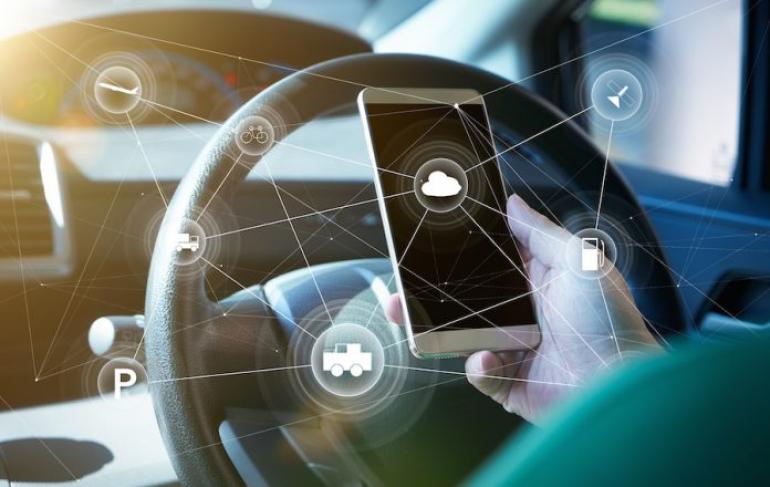 While self-driving cars were once a mere element of the dystopian Black Mirror series, autonomous vehicles have now reentered the public consciousness. Rather than existing as figments of Charlie Brooker's prognostication, however, self-driving cars have become consolidated in reality.

Over the past few weeks, tech companies have been scrambling to grab a piece of the self-driving car sector. Indeed, Apple acquired the self-driving startup Drive.ai last month and in doing so confirmed its ambitions to enter the sector.

Around the same time, Uber bought Seattle startup Mighty AI in a bid to fuel the company's autonomous driving efforts. Meanwhile, Volkswagen abandoned its affinity to self-driving startup Aurora in favour of a partnership with Ford's self-driving unit Argo AI.

In fact, more than 80 companies across the US are now testing over 1,400 self-driving cars, trucks, and other vehicles. US Department of Transportation Secretary Elaine Chao disclosed the figure in a talk at the Uber Elevate Summit in Washington DC, TechCrunch reported.

Despite the growth of the autonomous vehicle sector, issues regarding safety and ethics remain. Earlier this year, the US National Transportation Safety Board (NTSB) found that the Tesla Model 3's semi-autonomous Autopilot software was engaged when the vehicle crashed into a tractor-trailer and the driver was killed.

The number of fatalities caused by autonomous vehicles remains relatively low in comparison to the US average, however. Nevertheless, these incidents raise important questions regarding the future of the technology.

In order to ensure the safety of passengers in self-driving cars, it is vital that companies comply with robust standards. In fact, the Ordnance Survey (OS) just launched a report on high-definition mapping and the safe deployment of autonomous vehicles.

According to the research, self-driving vehicles will require maps with resolution better than 5cm. Maps will also need to include information on curbs and street-level features such as lamp-posts, pedestrian crossings, and road markings.

Real-time updates will also be crucial in allowing self-driving cars to effectively "see" around corners. In turn, this will ensure that vehicles can operate in complex environments and respond to temporary objects.

While this is evidently progress, how will this initiative alleviate the multitude of safety concerns surrounding self-driving vehicles? We posed this question to the CEO of Zenzic, Daniel Ruiz, to learn more.

"This initiative aims to set standards that will globally pave the way to making self-driving vehicles safer and more aware," he told EM360. Ruiz added that the collaboration is driving "innovation in the development of technology, like high-definition mapping, that is essential to the safe deployment of self-driving vehicles."

"There are a multitude of innovative ways such as lidar, sonar and radar, in which Ordnance Survey is already mapping to that end today," Ruiz stated. However, he added that the "key to this project is how we can make the data useful, safe and available."

"By proposing a neutrally-hosted platform for mapping data, we aim to increase the confidence in the data and help self-driving companies that are currently creating their own solutions from the ground up. Better data and sharing means different self-driving vehicles can better co-exist and interpret information in real-time to 'see' the world around them."

“Safety is at the heart of our objective to see the widespread adoption of self-driving vehicles by 2030," Ruiz stressed. Indeed, he added that collaborations like this "are essential to making sure that the UK stays at the forefront."

The report "is another stake in the ground for the UK as a leader in the self-driving revolution," he insisted. It also "shows how the UK is building on its expertise in areas like mapping to drive the world forward.”

Interested in ethical AI? Check out our podcast with Kasia Borowska, Brainpool AI Managing Director, in which she discusses AI's ethical challenges