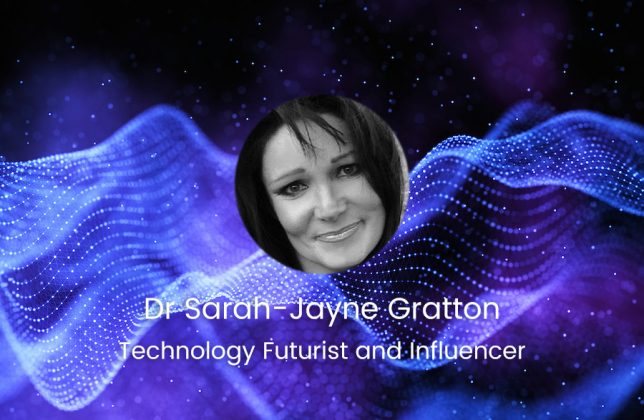 The latest statistics around breast cancer send a stark reminder of just how important early detection is in combating this brutal disease. With revolutionary strides forward in Artificial Intelligence (AI) all that looks set to change for the better.

One of the leading causes of death for cancer patients is a late diagnosis, too often brought about by inferior testing facilities, human factors, such as fatigue and loss of concentration, or by the patients themselves, who put off seeing a specialist due to the fear of what they might discover.

-Doctors have a narrow view of the problem, typically specialising in individual organs or body systems and often not seeing the picture as a whole;

-Doctors' lack of experience and gaps in knowledge often results in their inability to diagnose rare diseases;

-Doctors often do not have enough time to analyse anamneses due to high utilisation of methods and a lot of time spent on documentation;

-Doctors may find it difficult to determine a disease just by X-rays, CT scans, MRIs, and histological tests for a non-standard course of a disease, and they may have a high dependence on their subjective experiences.

But now, thanks to nothing short of revolutionary strides forward in Artificial Intelligence (AI) all that looks set to change for the better. AI is capable of advanced learning using large complex datasets and has the potential to perform tasks such as image interpretation. With this premise at its forefront, Skychain Global, a Moscow-based start-up, focused on building up a blockchain infrastructure aimed to train, host and use AI for medical diagnosis, is now on the finish line to publish their Artificial Neural Network (ANN) which will allow women to potentially receive AI-assisted breast cancer diagnosis for free.

Skychain's AI technology recognises diseases and pathologies through ‘trained' neural networks that have learned to detect cancer cells through medical images at early stages with the utmost accuracy. This allows for timely treatment, giving greater opportunities for the best patient outcomes.

The ANN developed by Skychain is capable of recognising different tumour tissues through the segmentation of healthy from malignant cells via thermography to determine the type of a tumour (1 of 4):

Figure 1: On the left is an image with human segmentation, on the right, is a segmentation predicted by the developed ANN (Source: Skychain Group)

In Figure 1, we see how detailed the results are when predictions, using the ANN are applied via the Skychain neural network. The level of precision is greatly increased, and individual cell diagnostics can be represented in a drilled-down way that allows consultants to make far more accurate treatment recommendations.

There is some way to go, however, with accuracy currently around 85% (see Figure 2). This is due, in part, to the accuracy of the thermography itself, which is dependent upon many factors such as the symmetry of the breasts, the temperature and the temperature stability. For example, researchers in Singapore have found that a woman's body temperature is more stable in certain periods after menstruation and that the accuracy of thermography in women whose thermal images are taken within a specific period (5th - 12th and 21st day of menstruation) are substantially higher than those taken outside of these dates.

Skychain plan to keep working on the network to increase its accuracy by expanding the base of training images, improving the architecture of the neural network and the sampling algorithm.

With Skychain clearly leading the way, a number of other tech companies are now using AI to try to improve the way breast cancer screenings are read. The French start-up Therapixel, part of Nvidia's Inception accelerator program, says its tech can cut down false-positive rates by 5% compared with current state-of-the-art diagnostic tools. Likewise, an AI program developed at the Houston Methodist Research Institute in Texas recently proved 99% accurate in identifying signs of breast cancer risk by reading mammograms, using AI, and doing so 30 times faster than humans.

In fact, the interest in AI within predictive medicine is steadily building global momentum. Last year, the Digital Mammography Challenge, a nine-month-long competition organised by leading medical technology innovators including Sage Bionetworks and IBM Research, attracted over 1,200 participants, illustrating how many AI companies are becoming involved in tackling the challenge of improving breast cancer screening.

And Skychain certainly isn't shy in wanting to spread the word! In September this year, they hosted a neural network presentation at Intelligent Health in Basel, Switzerland. The event was considered to be one of the biggest health-tech events in Europe and attracted a large number of professionals and C-level executives in both AI and Healthcare.

The presentation succeeded in overcoming issues within neural network development in healthcare, the primary stumbling block being the constraints imposed by the high cost of equipment for effective learning and the complexity of tools for building and training ANNs. Skychain demonstrated their ability to provide convenient tools for building ANNs, as well as inexpensive and fast learning distributed computing resources.

The blockchain factor is perhaps Skychain's most stand-out achievement in terms of making this kind of diagnostic technology available to all. The entire project is geared around a public ANN, to which any participant or organisation can connect and help to develop in return for Skychain's own form of cryptocurrency, the Skychain Global Coin. Doctors, medical institutions and online services will be able to use the Skychain capabilities by paying for each use of a neural network using the cryptocurrency, which is earned by contributing to the research needed to further impact upon its accuracy.

It's a win, win situation for global healthcare and, perhaps most importantly, a victory in the fight against cancer.