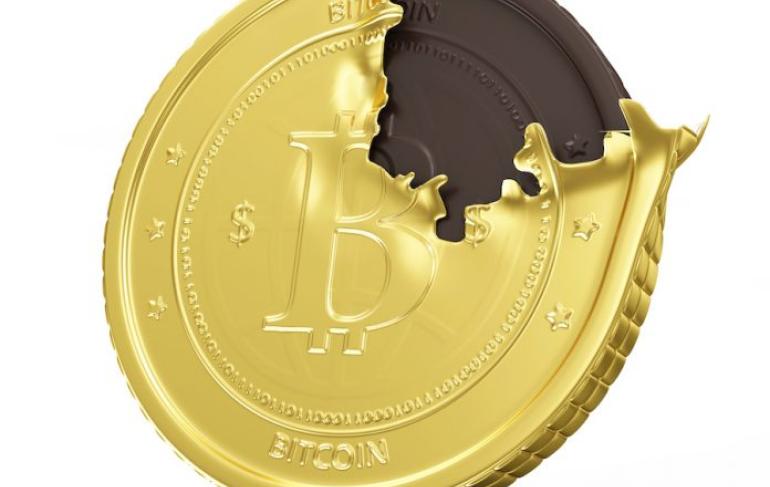 It is a no-brainer that Bitcoin is transforming payment industry at a wide scale and in substance. Google measurement shows that 1 Bitcoin weighs the same value as $6,232.46 USD and £4,795.25 sterling when converted.

Walmart is joining the Bitcoin dominance by offering $1 packets of handful and shareable bitcoins: undoubtedly fuelling the popular culture of cryptocurrency very effectively.

However, there also lies a plot twist in this tale.

The American multinational retail conglomerate, Walmart, offers $1 Bitcoins made of milk chocolate. Hosted by Frankford Candy, a winning business dating back over 70 years, the company explains this product on their twitter page with the caption, “Lots of Milk Chocolate + Bitcoins = Pure happiness”. Quite a fitting formula for today’s functional exchange of happiness indeed.

Frankford's Bitcoin is more affordable now. Its price had spiked up to and surpassed $20,000 in December before plummeting. It now trades at around $6,240 for the mass market.

The softly foil-wrapped milk chocolate features the Bitcoin design on its gold cover and weighs 1.42 ounces. It is very similar to the chocolate coins of yesteryear, favoured by kids since its establishing history.

A survey conducted by the Global Blockchain Council and SurveyMonkey extracted that 60% of Americans have heard of Bitcoin and around 5% hold the digital currency. In a wider context, this estimates over 16 million Americans to have invested in Bitcoin.

In the growing presence of Bitcoin and Cryptocurrencies, other prominent businesses are also rebranding cleverly to adapt to this fast-paced dominance of the new technology. In support, New York based non-alcoholic beverage Long Island Iced Tea Corp shares rose six times at a whopping 289% rise after renaming to Long Blockchain Corp.

Overall, chocolate Bitcoin in Walmart might be a wise move for the retail business, ensuring the happiness of Bitcoin influencers and customers' stomachs. Only time will tell if the currency-food hybrid will live on the way its ancestral chocolate coin has.