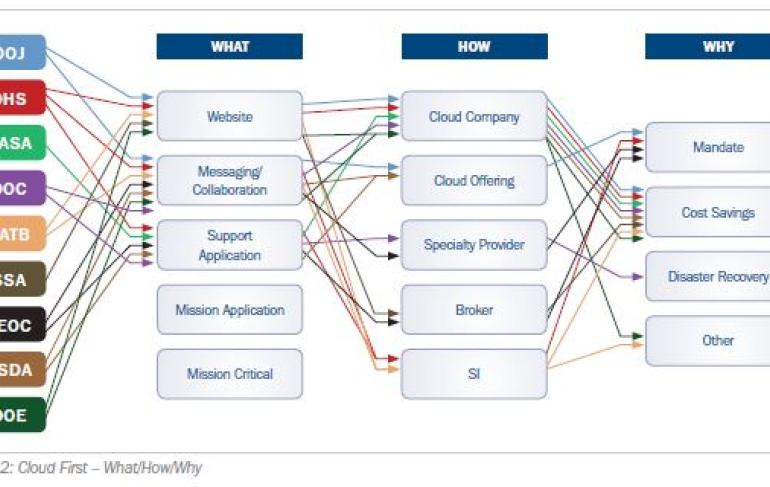 After years of evaluating and preparing for the move, US federal agencies are finally beginning to take the first tentative steps towards the cloud.

In one example, the Department of Homeland Security is modernising its IT systems to better connect to cloud services.

According to HSToday.com, the DHS is updating its Trusted Internet Connection policies to enable more secure and easier cloud adoption.

Meanwhile, the Department of Defense has finalised a $950 million deal with Rean Cloud which would make it easier for Pentagon agencies to connect to cloud services, according to NextGov.com.

Federal agencies which move to the cloud could reduce their data centre footprint by as much as 70 per cent, according to Rubrik.

The move to the cloud would also enable government departments to perform their work faster and provide more value, claims Rubrik.

“With the passing of the Modernizing Government Technology Act there is a huge opportunity for federal agencies to access funds to modernize their technology infrastructures and this certification makes it even easier for our defense customers to get improved systems up and running quickly in support of the MGT mandates.”

Rubrik says it now has customers in the DoD as well as in the civilian government sector, and provides “the industry's most comprehensive portfolio of government certifications and accreditations across the hybrid cloud, including Common Criteria EAL2+, FIPS 140-2 Level-2 validated self-encrypting drives, and support for all major AWS and Microsoft Azure government infrastructure clouds”.

Writing on NextGov.com, Dominic Delmolino, chief technology officer of Accenture federal services, says “cloud adoption is inevitable for federal agencies if they want to remain relevant to their mission”.

The government has not set a deadline for when federal agencies must adopt cloud services, but there is a IT modernisation program in place which specifically calls for an update to the Trusted Internet Connection standard.

According to Mark Bunn from the Federal Network Resilience Division at the Department of Homeland Security, there are many other requirements to cloud adoption that the government has not specifically accounted for.

Bunn told FCW.com that the average federal agency currently uses eight different cloud service providers, and federal agencies in total use 228, two-thirds of which are used on a software-as-a-service basis.