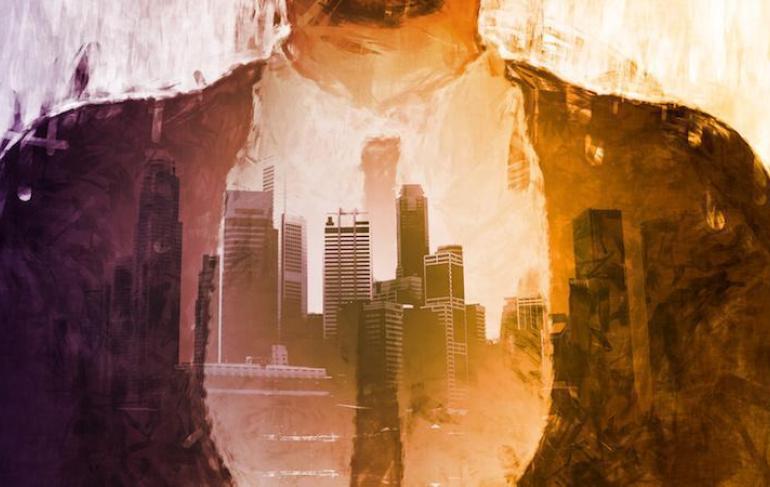 Markus Villig is the founder of the fastest-growing ride hailing platform in the world. At an exceptionally young age he has created an empire that provides lifts for people to move in 26 different countries across Europe and Africa. The platform we're talking about, of course, is Taxify.

With 10 million customers globally and half a million drivers, it may come as a bit of a shock that this project was started when he was 19 with a €3000 loan from his parents. The concept for the app itself was only conceived of when Markus was in school, deciding he needed to start getting coding and mobile app experience while still doing his homework on the side.

Lauren is the pioneer of helping people take back their lives from social media, with the app KeepUp putting you in control of who you follow, what events you see and when you get updated.

Asides from being the co-founder and CEO of KeepUp, she is also the co-founder of Black Women Talk Tech, an event featuring a collective of black women tech founders with a unique and innovative understanding when it comes to tech solutions.

Outside of LaunchDarkly, Edith is also a contributing writer for ReadWrite and the co-host of the podcast To Be Continuous. Both of these involve discussing software trends, development and operations. It's safe to say her contributions to LaunchDarkly can be safely verified by her deep wealth of knowledge that you can read up or hear in her articles and podcast.

With over 15 years of experience building and creating technology products for millions, it only made sense that she would eventually found her own project and spearhead it to total success. Her company, TaskRabbit, revolutionises the way we offer our labour online, granting people the option to solicit help from any takers who are signed into the platform.

After being the CEO for eight years, Leah is now the Executive Chairwoman. TaskRabbit raised more than $50 million in venture funding, inspiring legions of startups to launch in the collaborative consumption space.

Outside of TaskRabbit, Leah is also an Angel Investor and advisor to a varied assortment of companies and venture funds, which she is able to take back to work as insight from all different perts of the retail, hardware, education and tech sector.

In 2016 Leslie founded Venture Kits, a way of making games for kids to turn into leaders through their gaming experience. The critical acclaim the LLC received for this idea got them features in Today Show Parents, Fox 10 News, the Seattle Times and Seattle's Child magazine. A lot of what drove Leslie to this project came from her previous experience in executive and leadership positions in different technology startups.

In early 2017 she launched the Female Founder Alliance, a professional and private network for high potential female founders. FFA has since grown in its short time to include hundreds of founder/CEO members, with chapters all over the United States, including major cities like Seattle and New York. Leslie's main mission is to democratise entrepreneurship, doing everything in her power to both move ahead as an entrepreneur and as a representative of a more just and egalitarian entrepreneurial society.

Nathasha Guerra is the CEO of Runway East and Chair of the ICE List (don't worry, it's a different ICE). Both have a similar aim of helping startups and founders of startups grow and develop their business skills to really get their companies to take off.

At Runway East the goal is to provide a space for support and community, where businesses and entrepreneurs alike can turn to them for help and to put things in perspective. The reason that is is because Runway East believe the key to success for many startups is to work side by side, pushing for friendship and teamwork over simply praising individual achievements.

As the founder and CEO of VST Enterprises, Louis-James stands atop a pioneering cybersecurity firm. His brilliance lies in his various concepts that will revolutionise the banking sector, particularly with regard to consumer interaction and security.

Louis-James used to be a rock musician, retiring in 2009 after an illness left him unable to play and perform at the rate he was accustomed to. Luckily for him, a passion for technology that was then allowed to grow further turned into an incredible opportunity. Louis-James' scannable code invention is one that is currently splashing big waves in the fight against counterfeit, fraud and money laundering.

To make matters even better, Louis-James has been previously awarded an ambassadorship within science and technology by the president of Zimbabwe. He is also the Creative, Digital and Health Care Technology Ambassador for the Manchester Metropolitan University, so if it's not choruses of fire or rock solid business deals, Louis-James is at work with his heart of gold.

The co-founder of Entrepreneur First, Alice's company is dedicated to bringing business geniuses together to make startups from scratch on two different sides of the world. Backed by impressive names like Reid Hoffman, Greylock Partners, Founders Fund and more, Entrepreneur First can go beyond advice and support to actual accelerated help via reliable and efficient investors.

It seems like the entrepreneurs we find always seem to be interested in helping people out outside of their businesses, as Alice is the co-founder of Code First: Girls. This is a free part-time course in university campuses, offering female students to learn how to code in over 27 different universities.

A self-taught hacker (pretty badass) and good friends with two fellow tech people who eventually he co-founded Zapier with, Bryan is a very interesting guy to follow. Zapier is a web automation app that finally does away with the repetitive and individually strenuous process of going through tasks.

Frida was working toward an MBA at Harvard after a whole decade of working as a cognitive neuroscientist. Upon meeting the world of recruiting, however, she was surprised by how outdated the process of finding new employees seemed.

Inspired to make a change and facilitate everyone's lives, Frida put her genius in neuroscience to work and created pymetrics. The platform combines AI and neuroscience to help job seekers find the roles best suited for them, while also eliminating bias from the process of recruiting for employers. Not too shabby!