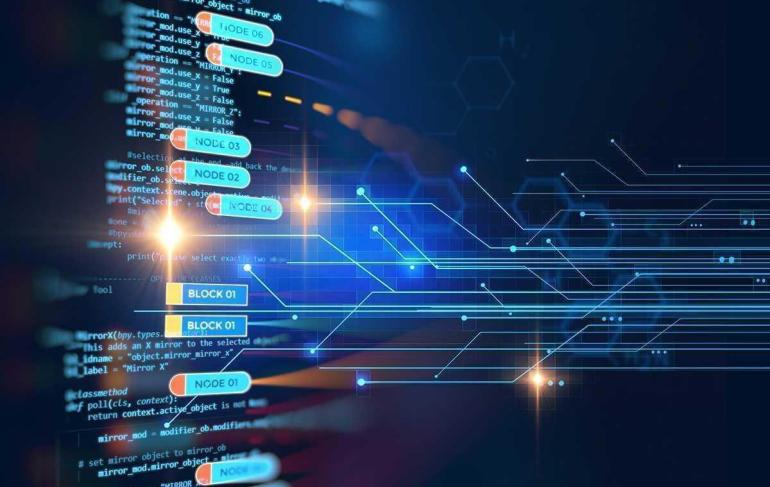 The combined market capitalisation of the 10 most valuable cryptocurrencies is approximately $310 billion, and of the 90 others in the top 100 listed by CoinMarketCap.com, the one with the smallest market cap is still worth more than $160 million, which, of course, is not an insignificant amount of money.

So, given that all of them are based on blockchain technology, it’s safe to say that blockchain is creating a massive market in the trading of currencies that did not exist even 10 years ago.

Not only is blockchain the foundation for the cryptocurrency market, it’s also the basis of a burgeoning, multi-billion-dollar ecosystem of entirely new tech services.

Blockchain is said to be a highly secure way storing and transmitting data. As such, it can be put to use in a variety of applications, not just as the foundation for cryptocurrencies.

All sorts of companies are looking into blockchain as a solution to ever-growing concerns about cybersecurity, especially as the internet of things grows and makes devices more vulnerable to hacking.

From car companies that are developing connected and autonomous vehicles which a hacker could potentially hijack and drive off a cliff, for example, to banks looking to speed up their transactions and other processes, making them more efficient.

All of which means there are hundreds of companies now offering blockchain solutions to a growing number of markets and market segments.

What EM360º has tried to do with this list is find the most diverse range of applications and blockchain applications developers, beyond cryptocurrencies and fintech.

Having said that, the vast majority of application developments based on blockchain are still in what could be described as financial technology – payment systems and the like – so it’s inevitable that many of the companies on the list will be involved in the cryptocurrency market.

Unsually, Ardor is a blockchain platform that does not seem to have a cryptocurrency attached to it. Instead, it’s described as a scalable blockchain as a service, a relatively new thing which Microsoft and other also offer.

Another company with no related cryptocurrency, Bitfury develops hardware and software solutions for blockchain developments. Its platform is used by businesses, governments, organizations and individuals.

Bloq is of the opinion that, in the future, the most significant and valuable business systems in the world will be powered by blockchains. This company provides a platform for blockchain development, and a cryptocurrency called Metronome.

Earthport says it is an authorised financial institution in the UK, with permission to act as a payments network provider. It mainly provides methods for international payments, although it doesn’t have a cryptocurrency of its own.

Monax describes itself as an “ecosystem” for blockchain development. The company also claims to be the first one designed to be a multi-network blockchain node – and only one application is needed for the access.

Multichain has built up a network of partner companies which includes Accenture, Cognizant and many others, and provides its blockchain solutions through them. Other partners offer Multichain’s system directly, for use in such things as payments and encryption systems.

When one is so stoned that one cannot count, it may not be the best time for one to do the accounts or learn how blockchain works. But whatever, Potcoin specialises in providing blockchain-based banking services to the cannabis industry, and – as its name suggests – it is also a cryptocurrency.

As well as providing the foundation for many cryptocurrencies, blockchain is also the basis for many identity systems. ShoCard is one of the relatively few companies which specialises in providing ID solutions based on blockchain.

The movement of physical goods around the world is obviously a massive business with many borders to cross and much documentation to manage. SkuChain is targeting this $18 trillion supply chain market with its blockchain developments.

Described as a potential “global gamechanger”, Horizon State is concentrating on providing blockchain-based voting systems for the enterprise sector as well as the political sector.

It’s just mostly about the money

We tried to find companies that specialise in developing blockchain applications that were not cryptocurrencies, but since cryptocurrency is where the money is, that search proved quite difficult.

Not entirely fruitless, however. As well as cryptocurrencies, blockchain is being used by companies to develop identity management solutions which may eventually be more secure than the ones currently on offer.

Digital documentation – to prove ownership of an asset, for example – is another area of growth for developers. And the asset can be anything from a digital music file to agricultural or development land.

Documentation is also an important part of any logistics supply chain, so blockchain is being integrated into those processes as well.

And while it’s difficult to see it being widely adopted in political systems of most countries, blockchain is capable of securing voting systems in every sector, from business to politics.

A lot of these applications depend on national governments accepting the validity of blockchain-based technologies.

Cryptocurrencies have come in for a lot of criticism, generally from people tied to the traditional central banking system.

People who adhere to the central-banking system argue that the problem with blockchain is that there is no central authority or system.

But even outside the cryptocurrency market, blockchain would seem to have enough flexibility and scope to change much of the tech world as we know it.