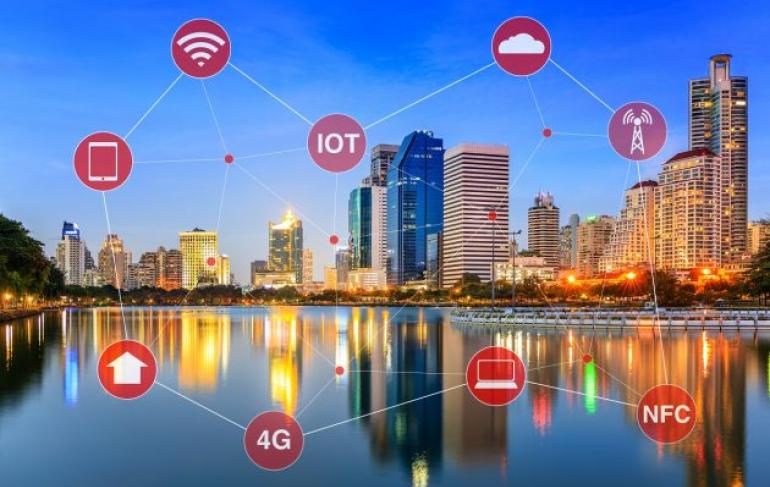 Nick Sacke is Head of IoT and Products at Comms365.

Arguably one of the biggest challenges facing UK businesses in the coming year is the continued confusion regarding access to Low Power Wide Area Networks (LPWANs) that is essential to support the deployment of IoT at scale.

At a time when organisations are being actively encouraged by the government to invest in innovation to drive up productivity, the continued prioritisation of broadband as a digital economy enabler is short-sighted. IoT is a technology that is set to deliver far more value than many of the high bandwidth applications can – and the lack of availability is a concern.

All is not lost however. LPWAN roll out is a constantly changing situation, with both network standards and network deployments, licensed and unlicensed, still evolving. It is also a buyer's market: there are a number of propositions ready that will enable organisations to leverage IoT and gain a competitive advantage. As such, this article explains why it is the independent providers, able to provide access to a blended network model, who will enable not only IoT at scale today, but also provide a long term solution that will drive new levels of efficiency and customer service.

Competitive Disadvantage
The state of IoT in the UK in 2018 is frustrating. While industry giants are making huge investments in hardware, software and database platforms, as well as unlicensed networks – both low power networks LoRaWAN and SigFox – the under investment in cellular LPWAN in the UK is a concern.

While progress in mainland Europe is patchy, with national LPWANs already in place across many countries, including the Netherlands and France, and licensed cellular variants such as NB-IoT being rolled out across Eastern Europe, it is the unlicensed LPWANs - generally LoRaWAN – that are being rolled out fastest.

In contrast, the UK is largely lagging behind: there is no cellular LPWAN (or NB-IoT) technology being rolled out in any shape or form and the unlicensed variant being rolled out by SigFox will not deliver end-to-end coverage before the end of 2018. Where, you may ask, are the UK network operators? The answer, although not in the UK: Vodafone's NB-IoT project, for example, is being piloted in Ireland and Spain, with no plans announced for any UK deployment as yet.

There is, therefore, a risk that companies will hang back on crucial IoT investment until this confusing situation is resolved.

Need to Blend
However, it is also fair to say that there is, as yet, no single global network that can support all IoT deployment requirements. From cost to scale and architecture, the level of market segmentation globally is creating huge challenges for organisations planning future developments – not least of IoT at scale across national borders.

The problem is that with roll out of both licensed and unlicensed variants typically country by country, there is a clear need for cross-border roaming agreements, something that is only now beginning to be discussed. So what are the options for multi-national businesses that require a seamless, pan-country IoT deployment to achieve, for example, end-to-end cold chain tracking or seamless asset management across Europe? And how can UK businesses avoid lagging behind? To gain the benefits that IoT can deliver, a new model is required; one that can manage and blend a number of different networks, such as cellular and satellite – and agreements to achieve IoT at scale.

But this is a constantly changing situation, with the evolution of both network standards and network deployments, both licensed and unlicensed. Given the potential longevity of these IoT deployments, it is essential to future proof as far as possible. How, for example, can an organisation achieve coverage without the IoT roaming agreements that have been standard in the cellular world for many years? How will the cost vary for different devices when connecting to a cellular versus a satellite network, or an LPWAN? What are the sensor options?

Consultative Approach
Organisations need to embrace a consultative approach in order to understand the new complexity created by a blended network model. Right now, there is a patchwork quilt of: no connectivity, some connectivity and full connectivity. To achieve full coverage, companies must invest in multiple networks to achieve a seamless solution. Plus, with many projects set to last five to ten years, it is essential to avoid tie in to specific networks.

To address this issue, sensor manufacturers are now creating hybrid devices that support more than one network, for example LoraWAN and cellular, giving companies the chance to move onto a new network as it is rolled out, rather than face expensive retrofitting of devices. Hybrid software gateways are also being developed, offering organisations a chance to support multiple networks. There is a cost implication but options are evolving to enable organisations to deploy IoT at scale across a blended network.

What has become very clear over the past few months is that successful IoT deployment now demands a robust ecosystem of expert companies, including sensor manufacturers and service providers, working together to drive both standards and best practice deployment methodology across a blended network model. This ecosystem needs to align, not around a network operator as in the past, but around a service provider able to integrate multiple different network types; phase networks out and in as they evolve; and with the commercial strength to support the customer over the longevity of the contract.

Conclusion
While there is a concern that a lack of direction and confusion is creating a delay in IoT activity, this has become a buyer's market: there are a number of propositions ready that will enable organisations to leverage IoT and gain a competitive advantage.  Blending together the network fabric in a way that ensures the IoT deployment can flex to the new platforms as they are rolled out can enable not only IoT at scale today, but also provide a long term solution that will drive new levels of efficiency and customer service.

With network carriers continuing to focus on single network architectures, IoT at scale will now be enabled by a growth of independent providers able to provide access to multiple network architectures at one point, as well as proactively manage the traffic flow to the right destination as required. Essentially, it is service providers providing a blended network, with a single cost model and a single cross border Service Level Agreement that are set to enable IoT deployment.