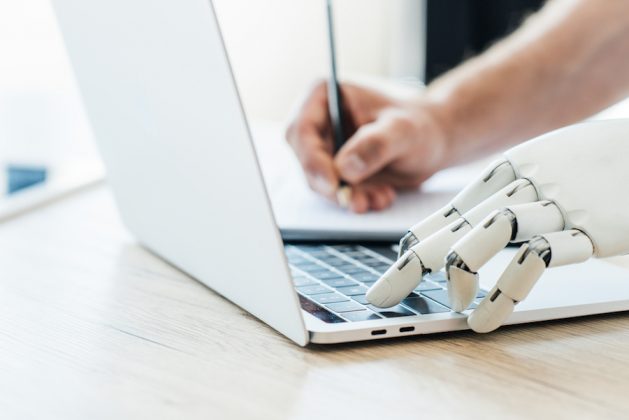 Why are humans pretending to be bots? The rise of pseudo-AI in tech

Implementing artificial intelligence to replace humans is not as straightforward as innovative companies make it out to be. Pseudo-AI is now on the rise as tech startups are unable to invest the time and money in deploying machine-learning technology.

While some firms use people to train AI systems, others discreetly depend on humans to carry out the work of bots. Some companies resort to an AI facade, a bizarre notion dubbed the "Wizard of Oz" technique by Alison Darcy, founder of a mental health support chatbot.

“Using a human to do the job lets you skip over a load of technical and business development challenges. It doesn't scale, obviously, but it allows you to build something and skip the hard part early on,” Gregory Koberger, CEO of ReadMe, commented. He added that pseudo-AI is “essentially prototyping the AI with human beings.”

A recent report from the Wall Street Journal states that some third-party app developers use human intelligence to trawl through millions of personal messages from their users. In one case, Edison Software failed to inform users that AI engineers would be scouring through their personal inboxes in a bid to improve their “smart replies” feature.

Anonymous sources indicate that Facebook is in the process of acquiring a London-based AI company in an effort to shut down its fake news epidemic. Nevertheless, the social media giant has previously admitted to relying on humans for its virtual assistant for Messenger, M.

On the other hand, businesses can face backlash when AI systems fool users into thinking that they are actually talking to a person. Google Duplex sparked controversy as the robot assistant demonstrated an impressive ability to make appointments and reservations with eerie authenticity.

“In their demo version, it feels marginally deceptive in a low-impact conversation,” Darcy commented. “There's already major fear around AI and it's not really helping the conversation when there's a lack of transparency,” she added, and it is evident that the technology could be much more dangerous if it were to fall into the wrong hands.

LaPlante of companies that simulate AI technology but actually employ humans professed “on the worker side, it feels like we're being pushed behind a curtain. I don't like my labour being used by a company that will turn around and lie to their customers about what's really happening.”

The pressure to invest in AI is mounting, and while Accenture urges investors to commit to the technology, other companies are simply unable to keep up. AI continues to innovate, but the affirmation that businesses must embrace AI to survive is damaging to those lacking time and money, and to users who are unable to see behind the curtain.

CxO of the Week
CXO of the week: Jana Eggers, CEO of Nara Logics

Previous article
HSBC hires Pepper the robot in New York branch
Next article
The impact of AI in the Middle East could be $320 billion, PwC says