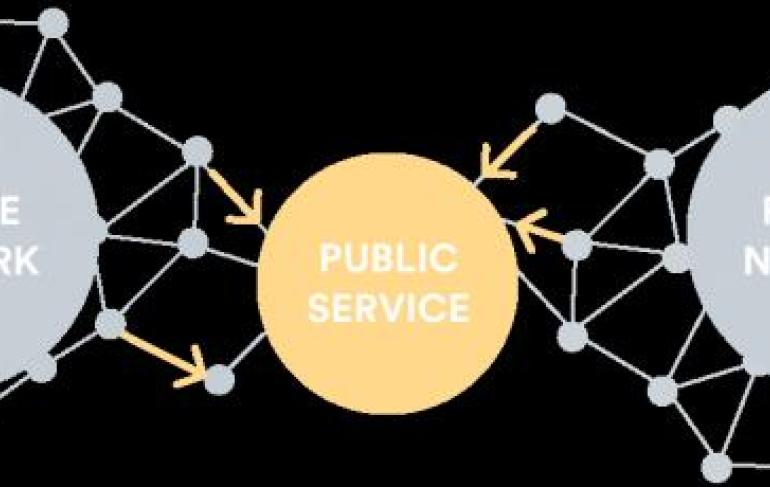 A startup company called Dfinity has raised $61 million to build what's being described as a “blockchain-based cloud”.

VentureBeat.com reports that the funding was mainly from Polychain Capital and Andreessen Horowitz.

While blockchain integration would seem the most attention-grabbing aspect of Dfinity's offering, plain old competition with the cloud market leader – Amazon Web Services – is the priority.

AWS is said to have cloud revenues larger than the next several largest cloud companies combined, including IBM, Google, and Microsoft.

According to VentureBeat, Dfinity is claiming its technology is superior to that of AWS – and other cloud providers – and it enables customers to work faster and in far more simple ways.

Typically, customers who set up and run cloud computing systems run many applications on many virtual instances, or virtual machines, which all need to be individually configured.

The combination of these virtual servers can constitute a cloud.

So, if you need the virtual equivalent of a hundred servers, that's a lot of time and effort.

Dfinity claims its system is like using one single “Internet Computer with unbounded capacity”.

The company calls its system “Cloud 3.0”, and says it is “a new kind of public decentralized cloud computing resource”.

Dfinity makes rather ambitious claims for its system, saying it doesn't need to involve complex components such as databases, backup and restore systems, or AWS.

This will allow costs to be cut by 90 per cent because fewer people would be needed, claims Dfinity.

We'll see what the market says after Dfinity launches.

And where does blockchain fit in? Right at the root, apparently. Meaning, the whole Cloud 3.0 infrastructure “rests upon a new blockchain computer”.

Blockchain is an online system of recording transactions which is said to be secure and distributed. It's probably more well known as the foundation of cryptocurrencies, but blockchain can be used for any sort of application which requires high security.

It's not known when the Dfinity cloud will launch, but it's likely to be some time this year.