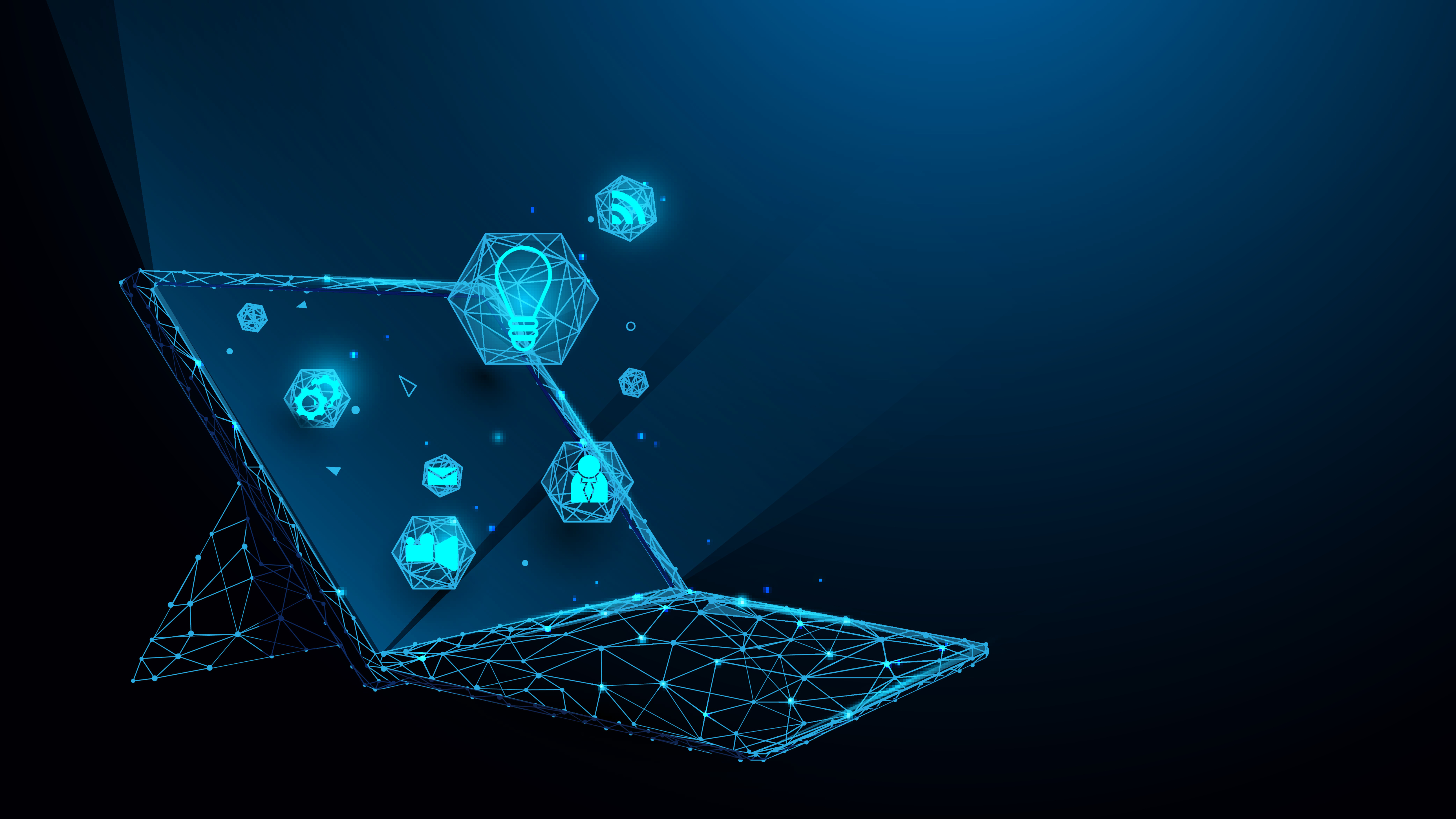 Dial-up connection and plug-and-play computer mice may be a distant memory, but those days really weren't long ago at all. However, when you draw comparisons between the computers of the 90s and the ones we use today, you'll see how quickly and drastically they have changed. The most salient observations are how much smaller, thinner, and more portable our PCs have become. Many also have features such as touch bars/Touch ID, built-in cameras and microphones, gesture control mouse pads, and more, becoming increasingly equipped yet increasingly compact.

In the space of three decades, laptops are virtually unrecognisable to their 90s counterparts, meaning that the next 30 years could also bring us to a whole new chapter of PC designs and capabilities. So, what will PCs of the future look like?

(For clarity, when we say PC, we mean both desktop and laptops. You'd be surprised how may people don't consider laptops to be PCs when the very definition is personal computer).

When you look at the theory behind technological innovation, Moore's law predicts that the number of transistors that could fit on one chip would double every two years. The idea is that computers will get bigger and faster over time, while giving engineers an idea of how much bigger and faster.

However, with no disrespect to Gordon Moore, there are more recent contradictory whispers that the current rates of global and technological innovation and progress are actually slowing down.

Think about any thirty-year period between the 1800s and 2000. Each snapshot of time is rife with new developments and discoveries. However, from the 2000s onwards, progress appears to plateau. To put it into perspective, 50 years ago, we celebrated the first moon landing, but today, we don't have any recent accomplishment that's quite on par with the Apollo mission.

Of course, much of those advancements pre-2000s were based on discoveries, which we have a lot less of today. In which case, perhaps comparing the two isn't fair. What we can draw from this, though, is that laptops in 30 years' time, while they obviously will be advanced, they won't be entirely unrecognisable.

While sci-fi has enticed us to think that the technology of the future is mainly holographic or implanted into our brains, we don't have mature enough foundations to build PCs of that nature yet. What we do have, however, are technologies and concepts that we haven't fully tapped into.

The way we work has become a lot more flexible, with or without the pandemic, and we're much more ‘on the go'. Now, people will work from anywhere, whether that's on a flight, on the beach, on the train, or from a coffee shop. In turn, common criteria when it comes to laptop shopping is convenience and portability.

While this has given rise to smaller and thinner devices, more recently, the trend du jour is actually foldable displays. Obviously, we're not talking foldable in the way that you close your laptop screen. Rather, we mean bendy, shapeable displays that are a tad more Transformer-esque. By being foldable, PCs can offer all the functionalities of a laptop, while also boasting the portability of a smartphone.

In fact, the smartphone market is highly indicative of how much the foldable display trend is taking technology by storm. Samsung, Huawei, Microsoft, LG, and more have either released or are due to release a foldable phone, and laptops are poised to become the same.

Lenovo is spearheading the foldable laptop game, having unveiled its ThinkPad X1 Fold in January. Other PC vendors are also said to follow, but not much has come to fruition yet.

With every new technology release – whether that's a smartphone, wireless headphones, laptop – comes with the promise of better battery life and faster charging times than its predecessor. While most laptops can run for a few hours while being used consistently (some Dell models reportedly last 10 hours), the next frontier of battery life will be 24-hour or multi-day battery life.

The endeavour for longer battery life makes much more sense now that we are so dependent on our laptops. Think about it; what would a day in the office look like for you if your laptop was broken? I, for one, wouldn't be able to do anything. I do not have one task that can be carried out using just a pen and paper. Also, our tendency to use laptops on the go means we're often not near a plug socket.

Thus, the case for longer battery life is a clear and compelling one. While it likely won't make any difference to the look and feel of our laptop, it'll definitely change the way that we use them.

Most modern laptops are equipped with voice assistants that can carry out commands quicker than you can say “Hey Siri”, but those commands are still pretty basic. Often, when you ask these assistants a question, they come back to you with a “here's what I found” and present you with a web search.

“I could have done that myself,” you mutter under your breath.

However, the capabilities of these assistants will certainly grow. As IoT continues to blossom, your laptop and its capabilities may become more intertwined with your home and surroundings. In turn, you might be able to use your laptop to turn on the dishwasher and switch off lights, all from wherever you're using it.

Laptops of the future will, of course, tap into faster connectivity thanks to 5G and whatever comes after it (well, 6G, 7G, and so on). Not only that, but they will have faster processing speeds, which will also give rise to the abundance of quantum computing.

The need for quantum computing is growing and, really, is the next giant leap for our laptops. The demand – largely driven by the need for problem-solving and innovation in fields like healthcare, space technology, defence, and even finance – is already a high priority, with many quantum computing projects underway.

As quantum computing becomes more widespread, it is also likely to trickle into laptop offerings. The average laptop user may be indifferent to quantum computing (most modern laptops do the job just fine), but the quantum computing-infused PCs of the future will likely offer a whole new user experience, leaving us smirking at the days of our current CPU models.

Previous article
How to avoid falling into a mis- and disinformation trap
Next article
Benji Vaughan, Founder and CEO, Disciple Media: The Value of the Passion Economy in the New World