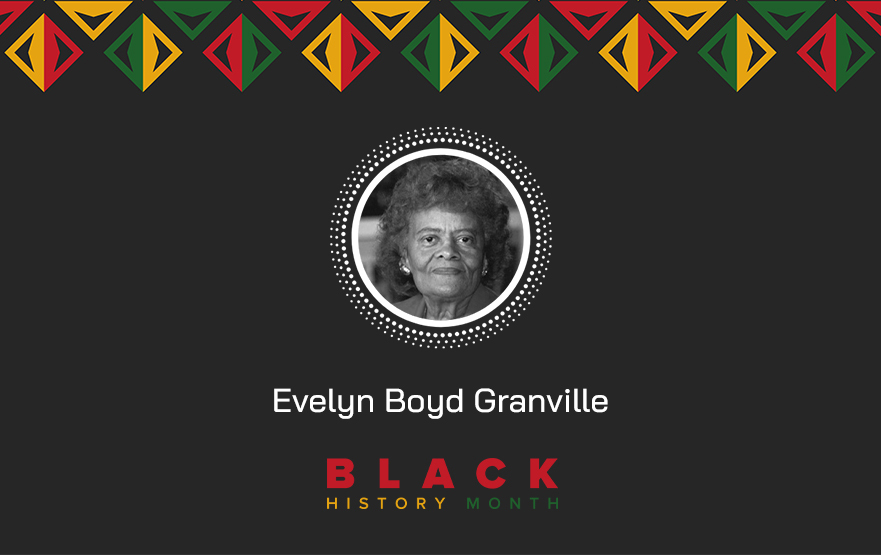 Evelyn Boyd Granville is one of the most celebrated mathematicians and computer programmers of her time. Perhaps most notably, Evelyn was the second African American woman to receive a doctoral degree in mathematics, at none other than Yale University.

Post-education, Evelyn began teaching and researching at New York University Institute for Mathematics, before taking on another teaching position at Fisk University. After leaving academia in 1950, Evelyn began working at Diamond Ordnance Fuze Laboratories, before eventually joining IBM as a computer programmer.

During her time at IBM, the company received a NASA contract. Evelyn then eagerly moved to the space agency's Vanguard Computing Center in Washington, D.C., where she worked on the formulation of orbit computations and computer procedures.

In 1960, Evelyn began working at what is now the North American Aviation Space and Information Systems Division, where she was involved in various projects for Project Apollo, including celestial mechanics, trajectory and orbit computations, numerical analysis and digital computer techniques.

Then, in 1967, Evelyn returned to teaching, where she remained until her retirement, finishing at Texas College.

Evelyn made a name for herself despite the hardships faced as an African American woman, especially during a time where opportunities for black men and women were limited. She now has numerous accolades to her name, including the Wilbur Lucius Cross Medal (the Yale Graduate School Alumni Association's highest honour), an honorary degree by Spelman college, and recognition by Mathematically Gifted & Black as a Black History Month Honoree.

Previous article
Which are the most important call centre metrics?
Next article
How to ensure COVID-19 doesn't have a lasting impact on your mental health