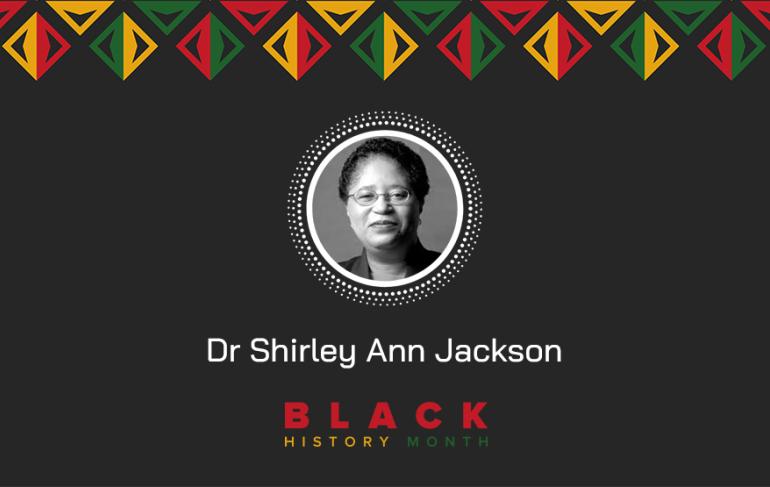 In 1964, Shirley graduated as valedictorian from Roosevelt Senior High School. She then began studying at MIT, where she was one of fewer than 20 African American students (she was also the only one studying theoretical physics). During her time there, Shirley was committed to encouraging other African-American and ethnic minority students to attend, and she was instrumental in the creation of the Black Student Union group.

Between 1976 to 1991, Shirley worked at AT&T Bell Laboratories researching solid state and quantum physics, specifically optical and electronic properties of layered materials. During her time there, she produced or collaborated on over 100 scientific articles.

From 1991 to 1995, while still consulting with AT&T Bell Laboratories, Jackson served on the faculty at Rutgers University. There, her research shifted focus to the electronic and optical properties of two-dimensional systems.

Shirley has numerous awards and accolades to her name. In particular, she has been awarded twice as an Outstanding Young Women of America, and she is also the recipient of the Vannevar Bush Award, Richtmyer Memorial Award, the Thomas Alva Edison Science Award, and many others.