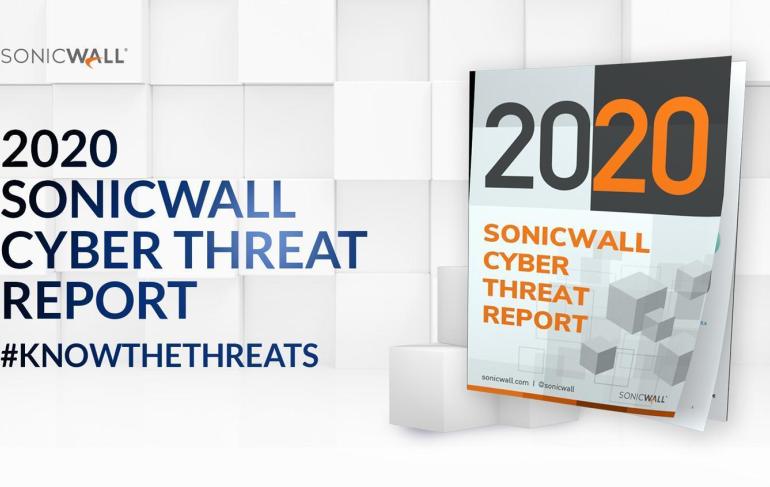 “Cybercriminals are honing their ability to design, author and deploy stealth-like attacks with increasing precision, while growing their capabilities to evade detection by sandbox technology,” said SonicWall President and CEO Bill Conner. “Now more than ever, it’s imperative that organizations detect and respond quickly, or run the risk of having to negotiate what’s being held at ransom from criminals so embolden they’re now negotiating the terms.”

The 2020 SonicWall Cyber Threat Report provides in-depth information and analysis of the cyber threat landscape. Major findings of the report include:

The 2020 SonicWall Cyber Threat Report is the result of threat intelligence collected over the course of 2019 by over 1.1 million sensors strategically placed in over 215 countries and territories. SonicWall Capture Labs threat researchers collected and analyzed over 140,000 daily malware samples, blocked over 20 million daily malware attacks and recorded 9.9 billion malware attacks. SonicWall Capture Labs spotlights attack trends to help organizations and users stay ahead of cyber threats as attackers become more targeted and move into business-critical systems.

To download the complete report, please visit www.sonicwall.com/ThreatReport. For current cyberattack data, visit the SonicWall Security Center to see the latest attack trends, types and volume across the world.