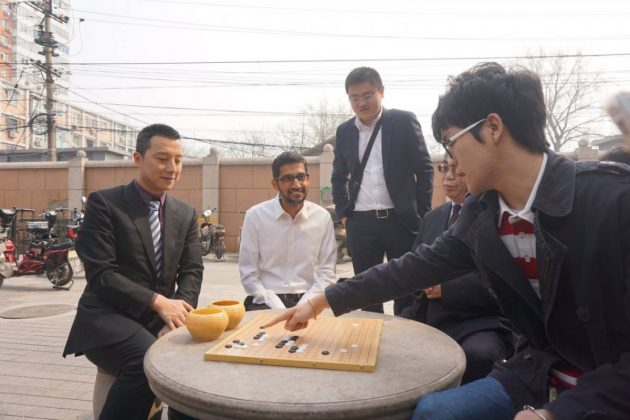 Google's DeepMind artificial intelligence system – the AlphaGo software – has once again beaten the world's best human player at the ancient board game Go. The previous time the same thing happened was last year.

Go is an ancient board game which is said to have more variations than chess, so is difficult to master for a computer. But DeepMind's specially created AI software, called AlphaGo, has taken on and won against Ke Jie, the world number-one human Go player. What this means for the future of humanity is obvious but maybe we shouldn't go there. What it means for business is more palatable, as Google claims that the DeepMind AI systems can save data centre managers significant amounts of money by optimising power usage across the entire network. If it can do that for a data centre, it can probably do that for any electricity-based system – so that covers just about everything.

The margin of the win AlphaGo achieved was slim, in some games at least if not the entire match. As DeepMind's boss, Demis Hassabis, tweeted at one point: “Game went to a count. AlphaGo won by just half a point, the closest margin possible. Ke Jie played a great game.” And while some might think this can only mean terrible Terminator-style consequences for the future of humanity, Hassabis says the opposite – in the context of Go at least. “Instead of diminishing the game, as some feared, artificial intelligence has actually made human players stronger and more creative,” he says on the DeepMind blog.

Hassabis thinks of the contest as a “partnership between Go's best human players and its most creative AI competitor”. He adds: “Already, some of the machine learning methods behind AlphaGo have been used to tackle significant problems, such as reducing energy use. Machine learning technology is also at work in a series of exciting medical research projects. “And across many of Google's products, machine learning has suddenly made the impossible real – from allowing people using Google Photos to find that photo of their dog in the snow almost instantly to improving the quality of Google Translate more in a single leap than the past 10 years of improvements combined.”