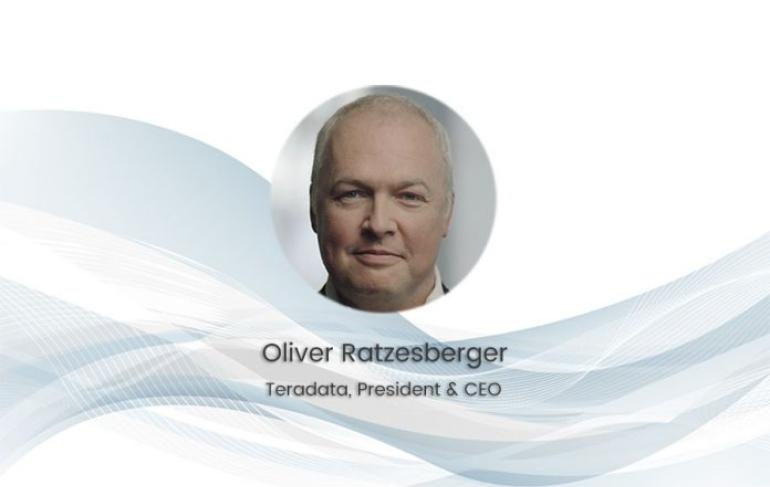 Teradata is one of the leading analytics companies changing the way that we work and live today. The CEO of Teradata, Oliver Ratzesberger, is both an example of excellent leadership, and a visionary in the data landscape. Although Oliver only recently took over the mantle as CEO and president of Teradata in January 2019, he has been working with the company for several years. Between 2016 and 2018, Ratzesberger was the Chief Product Officer for Teradata, before moving up to a position of COO and board member. In 2019, Teradata announced that they were thrilled to be promoting Oliver to CEO.  With an extensive background in analytics and big data, Ratzesberger has been a fundamental part of the Teradata team, supporting the company's strategies for product and service development, as well as go-to-market innovation.

An Extensive Background in Big Data

Oliver's multiple positions with Teradata weren't his first experiences in the world of big data and analytics. Passionate about the software development space, Ratzesberger has worked alongside Fortune 500 and early-stage companies alike over the years. More often than not, his career has taken him into various areas of IT and software development. Today, Oliver still acts as a Board Member for the Tech San Diego Group in California.  In his earlier years, Mr. Ratzesberger worked as VP of Information Analytics and Innovation for the Sears Holding Corporation. He also helped to drive the expansion of analytical opportunities at eBay. Before that, Oliver worked with companies like the NCR Corporation, Securiton Electronics, and CAD/CAM Gmbh.  As a visionary in his industry, Oliver also enjoys speaking and writing about the power and potential of both data and analytics. He frequently appears in keynote speeches, discussing the opportunities of data analytics. Additionally, Ratzesberger co-authored a book with Mohanbir Sawhney named "The Sentient Enterprise" in 2017. The Wall Street Journal featured the book on their best-seller list.

Passion for Growth and Innovation

Oliver graduated from the Harvard Business School Advanced Management program. He also holds a degree for engineering in Electronics and Telecommunications. The degree comes from the HTL Steyr in Austria. Now living in San Diego, Ratzesberger is thrilled to be working as Teradata's CEO today, helping the company to continue on it's path to exceptional growth and ongoing transformation. In an announcement about his appointment to CEO, Ratzesberger said that serving as the next CEO is an honour as the company continues to challenge perceptions of what's possible in the data market.