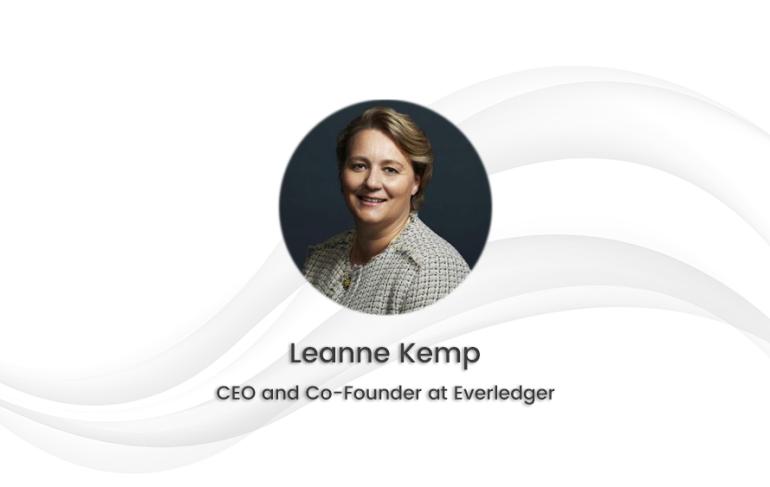 Leanne Kemp is one of the most respectable names in the business world. She is also one of history's most inspiring female entrepreneurs. Her background spans from the emerging technology sector to business development, jewellery, and insurance. Kemp has always offered unique insights in her positions at the head of various companies. Today, Leanne is best known as the co-founder and CEO of Everledger, a company that uses blockchain to track high-value assets. This purpose of the platform is to help claimants, insurers, and other stakeholders combat money laundering and fraud issues. In 2018, the company achieved a fantastic outcome from their Series A funding ($10.4 million in finance).

A Phenomenal Businesswoman and Entrepreneur

As well as being CEO of Everledger, Kemp holds herself to the highest standards as Queensland's Chief Entrepreneur for Advance Queensland. The Queensland Government fund this unique initiative. Driven by the entrepreneurial community of the state, the goal of the group is to cement Queensland's reputation as the number one start-up state in Australia.  Kemp also sits on the boards for the Blockchain Board of Advisors managed by IBM, as well as the World Trade Board and the Blockchain Council for the World Economic Forum. Leanne also plays a pivotal role as a member of the Better Regulation Taskforce managed by the Queensland Government. She's also a member of the UQ Entrepreneurship panel, helping to guide entrepreneurs into their first businesses after finishing university.  Before achieving incredible success with Everledger, Leanne worked as the Founder and Managing Director of Absoft Holdings Pty Ltd, a company formed in 2004 as the primary operating company for various new trading-oriented businesses. She was also the co-founder of The Great Australian Survey and of Fastcards Pty Ltd.

Awards and Accolades Over the Years

Kemp has achieved remarkable things over the years, including earning the Mefty award for innovation in FinTech and the BBVA Open Talent award in 2015. In 2016, Leanne received the Fintech Finals Best in Show Award in Hong Kong. As well as this, she also received a nomination for the ArcelorMittal Boldness in Business Awards.  In that year, Kemp received the accolade of UK Business Insider's 26 Coolest Women in Tech award. Also, Brummell Magazine listed Leanne in their Top 30 Female Innovators. In 2018, Leanne was named an IBM Champion. Furthermore, she received an award for Technological Innovation from the Advance Global Australian group.  When she's not running her successful business, Kemp often speaks at major industry events. In 2018, she discussed multiple agendas in the environmental space with panellists that included former vice president Al Gore.