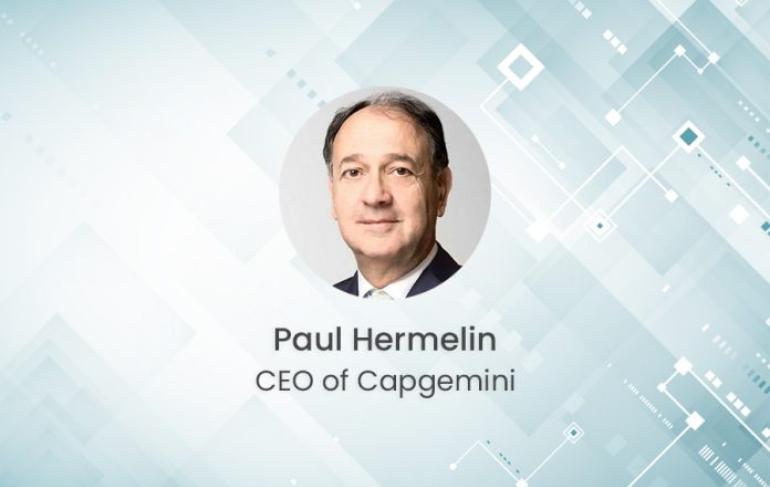 This week, we're celebrating at Paul Hermelin as our nominated CxO. Paul graduated from the Ecole Polytechnique school in 1972, and then the Ecole Nationale d'Administration in 1978. For the first 15 years of his career, Paul supported the French government and the Ministry of Finance.  During this time, Hermelin held several critical positions on various ministry staff groups and in the Budget Office. Paul even spent some time working on the staff of the Finance Minister for France, Jacques Delors. Then, between 1991 and 1993, Hermelin acted as Chief of Staff to the Minister of Foreign Trade.

Stepping into the World of Technology

In 1993, Paul stepped out of the government world and into the technology industry. He joined the Capgemini brand in May of that year, where he was responsible at first for coordinating central functions for the business. In 1996, Hermelin was appointed as a member of Capgemini's management board. Paul then became Chief Executive Officer of Capgemini's French division in 1996.  Following the merger between Ernst & Young Consulting and Capgemini in 2000, Paul became the Chief Operating Officer and Director of the group. In 2002, almost 10 years after joining the company for the first time, Paul became the CEO of the Capgemini Group. Ten years later, in May 2012, Hermelin took on the role of Chairman alongside his CEO position.

Working Through the Ranks

From a career working in the government with leaders like Jacques Delors, Hubert Curien, and Dominique Strauss-Kahn, Paul found his way into the immersive and evolving world of technology with Capgemini.  Over the course of his impressive professional life, Paul has worked his way up through many critical positions. Today, Paul stands out as an exceptional example of committed leadership, financial knowledge, and skill.