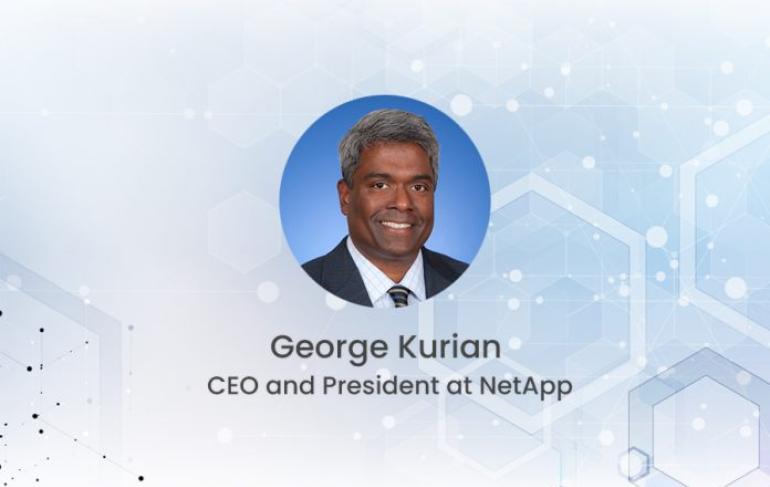 George Kurian is one of the leading minds in the technology industry. Today, George is the Chief Executive Officer at NetApp, as well as a member of the Board of Directors. He joined the NetApp brand in 2011, bringing with him his exceptional leadership skills and a passion for growth to the team.  Kurian firstly joined NetApp as the Vice President of the NetApp Storage Solutions Group. There, he was responsible for joint partner technology integration and the solutions portfolio. Next, George was promoted to the position of Senior Vice President for the Data ONTAP group. In that role, Kurian oversaw the engineering and product roadmap for the Data ONTAP operating system. This solution quickly became the world’s biggest and most popular branded storage operating system.

Just before becoming the CEO of NetApp in 2015, Kurian was Executive Vice President of Product Operations. In this role, he was responsible for the development and strategy of the NetApp Solutions and Product portfolio. However, prior to his time with NetApp, George held a number of impressive roles in the technology landscape. During his time at Cisco Systems, Kurian was the General Manager and President of the switching technology and application networking group for Cisco Systems. In that role, he was responsible for Cisco products for the WAN application and LAN switching markets. Kurian also led the successful development of Cisco products to support converged Ethernet-based networks for voice, video, and data. George also worked in the role of Vice President for Akamai Technologies. He was a management consultant for McKinsey & Company and a software engineer for the Oracle Corporation too.

An Incredible Journey in Tech

From earning his Bachelor of Science degree from Princeton University in Electrical engineering and his MBA from Stanford University to leading the NetApp business, George Kurian has had an exceptional career. Today, he’s one of the leading executives in the NetApp landscape helping the company maintain and enhance its position as a technology world leader.