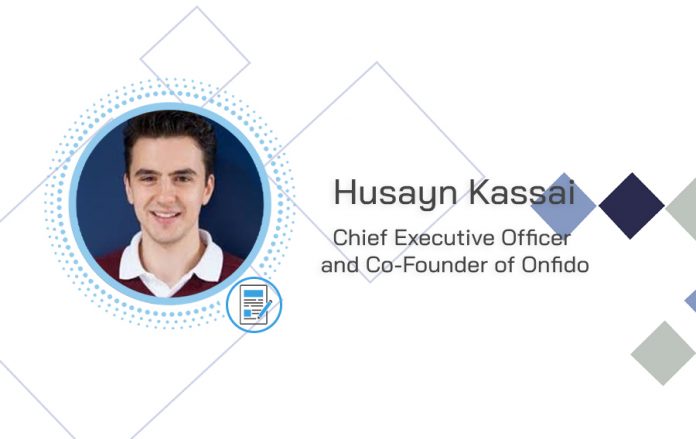 Husayn Kassai is one of the ambitious group of friends from Oxford that worked together to produce Onfido, a digital solution for performing background checks. The company supports better security for businesses by proving people's real identities using facial biometric technology.

As Onfido's CEO and co-founder, Kassai is responsible for setting the overall strategy and direction of the company. He also plays a significant role in inspiring his team, which supports businesses all around the world. As an advocate of the machine intelligence age, Husayn is a firm believer in the potential of technology.

Husayn is still in the early stages of his career in the technology landscape, creating his first company with the help of his friends straight from Oxford University. During his time at Oxford, Kassai was also the President of the Oxford Entrepreneurs group. Additionally, he also acted as President for the Oxford Development Abroad charity.

In 2012, Kassai launched Onfido with his co-founders to deliver new and improved ways for businesses to check the validity of a person's identity. Husayn believes that with the help of the right technology, we can all benefit from better, more trustworthy interactions.

An Emerging Star in Tech

Husayn has been catching the eyes of technology experts for several years now, ever since earning his BA in Economics and Management from Oxford University. In 2016, Forbes named Kassai in that year's 30 under 30 for his innovation and vision. Additionally, he was also given the Young Entrepreneur of the Year award too.

Aside from helping to run Onfido, Husayn also sits on the advisory committee for the Oxford Seed Fund. He is also a member of the All Party Parliamentary Group for Artificial Intelligence.