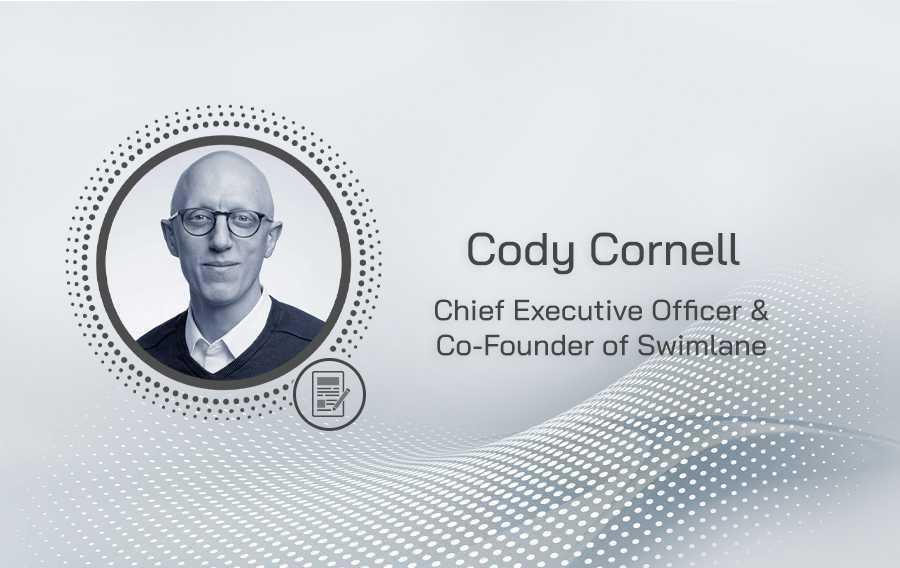 Cody Cornell is the CEO and Co-Founder at Swimlane. Specialising in security orchestration, automation, and response technology, Swimlane helps to empower your security operations team with machine-speed decision-making. In particular, the company automates time-intensive operational workflows and manual processes. Swimlane also delivers real-time reporting and dashboards within the business landscape.

Over the years, Cody's various roles have given him a unique insight into the challenges of the current marketplace.

Cody's career began with the US Coast Guard in 1999. However, in 2003, Cody moved into a brand-new industry, working as a Senior Field Engineer for General Dynamics. However, it wouldn't be until 2004 that Cody would step into his first cybersecurity-centric role.

He began his security career as Senior Secure Systems Analyst for BAE Systems. From then, Cody would go onto carry out senior security roles at a range of well-known companies, including Booz Allen Hamilton, American Express, and IBM Global Services.

In 2011, Cody co-founded Phoenix Data Security, where he continues to work as a Managing Partner and Principal Consultant today. Then, in 2014, Cody and Brian Kafenbaum launched Swimlane in response to the challenges they experienced first-hand as security analysts and engineers.

Under Cody's leadership, the company closed an impressive $23 million Series B funding round. Since then, Swimlane has also announced a selection of partnerships and integrations with leading cybersecurity companies. The business also launched the Level-Up Initiative, helping cybersecurity professionals to advance their skills.

According to COO of Swimlane, Jim Hansen, Cody leads by example, continually looking out for his team. Cornell won the 2019 Tech Trailblazer CxO of the Year award for his efforts in the industry. Swimlane has also appeared as a finalist for the 2019 Black Unicorn Awards.