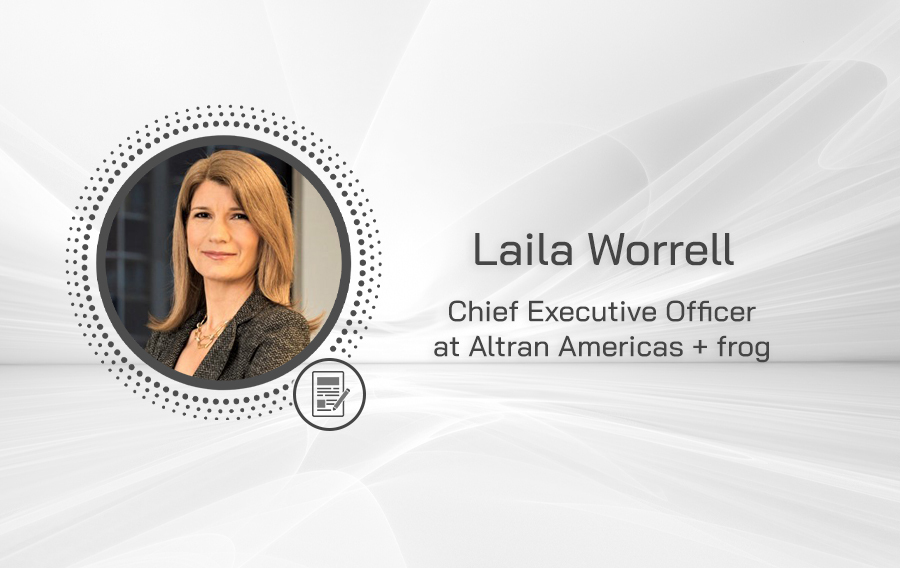 CxO of the Week: Laila Worrell, CEO at Altran Americas and frog design

Laila Worrell is the influential CEO of Altran Americas and frog design, which are leading the way in designing and delivering next-level customer experiences.

Laila has always had an analytical mind, ideal for consulting and leadership. She says that she loves inspiring other people to find the bigger picture in whatever they do. At Altran Americas, this means assisting clients in finding new ways to make people's lives better, safer, and more connected.

Worrell has an impressive history in the IT field, starting with various roles with Accenture and evolving to positions with a host of other leading companies.

A Leader with a Passion for Growth

As the CEO of Altran Americas, Worrell is responsible for the North America business of Altran, a $3.3 billion technology and innovation company, which also stands as the world leader in engineering and R&D services. She's also responsible for the iconic product design firm, frog.

Long before taking the role of CEO for Altran Americas in 2019, Laila began her career with various positions with Accenture. Over 17 years, she had several progressive leadership roles and assisted with many major merger programs. Worrell also spent just over a year as a Director of Imaginova and over four years as Head of Strategy for Macmillan.

Following her work with Accenture, Worrell became the Partner and Managing Director of Boston Consulting Group, where she thrived in inspiring her team. After this, she joined the company that would eventually become Altran, Aricent. Before becoming CEO, she served as COO and Deputy CEO of the company.

Laila is a dedicated leader and an incredible source of inspiration or women in the technology field. She's also committed to giving as much as she can back to her community, and believes strongly that there's no greater achievement than watching someone grow with the right inspiration and help. Furthermore, Worrell is a proud member of various philanthropic and civic organisations.

Laila holds an undergraduate degree from the Austin University of Texas. She also has an MBA from Harvard Business School. Today, she's committed to helping her business and team continue to grow, particularly following Capgemini's recent acquisition of Altran.