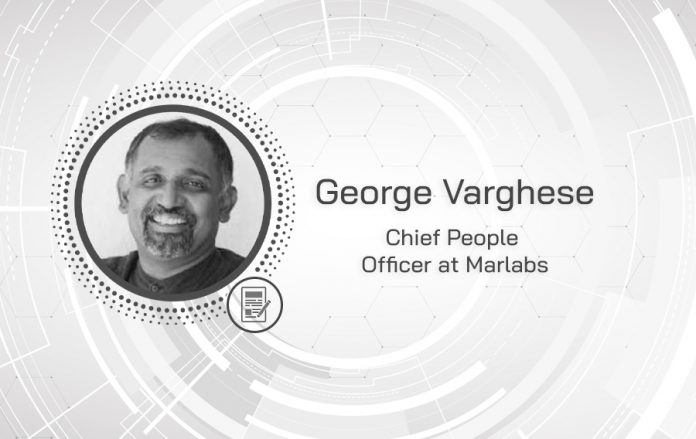 With decades of experience in his field, George Varghese stands out as one of the most well-respected veterans of the IT industry. Over the years, he's built his career across multiple countries, before becoming the Chief Commercial Officer at Marlabs.

Marlabs specialises in helping companies adopt strategies for digital transformation. Marlabs believes in the full Digital360 framework for transformation, complete with digital automation, artificial intelligence, and cognitive platforms. Headquartered in New Jersey, US, Marlabs currently has more than 2,300 employees, all contributing to the digital revolution.

A Powerful History in Technology

Varghese started his career in technology as an AIESEC Trainee in the Marketing Department of IBM. As part of this team, George maintained the marketing database and created presentations for senior executives, outlining new ideas for the future of the brand. After that, Varghese moved onto a much more technical career as a Systems Engineer with Hitachi. Here, Varghese worked with programs as part of a team developing accounting packages for the Japanese and US markets.

In 1996, George started what would become a 13-year-long career with Infosys. He began as a Business Development Manager, before moving on to become Head of the Public Sector, then Head of Sales for the Northern Region, and finally Head of Banking and Capital Markets for Australia and New Zealand.

During 2011, George caught the entrepreneur bug and became the CEO, Co-Founder, and Managing Director of Extentor Solutions Private LTD. This desire to create new companies continued for several years, with off-shoots of the Extentor business, as well as Tquila (this business became a Salesforce partner company that Marlabs would later purchase).

In 2015, George co-founded ET Marlabs. Here, he helped to spearhead a strategy that transformed Marlabs into a leading Salesforce Platinum partner.

In 2019, Varghese joined the Board for Marlabs Innovations LTD and became the Chief People Officer for the brand. Then in March 2020, that role evolved, and George became Chief Commercial Officer.

A True Leader in His Field

In 2000, George received the Chairman's Award of Excellence and was also awarded the Infosys Business Development Award in 1998 for Outstanding Performance.