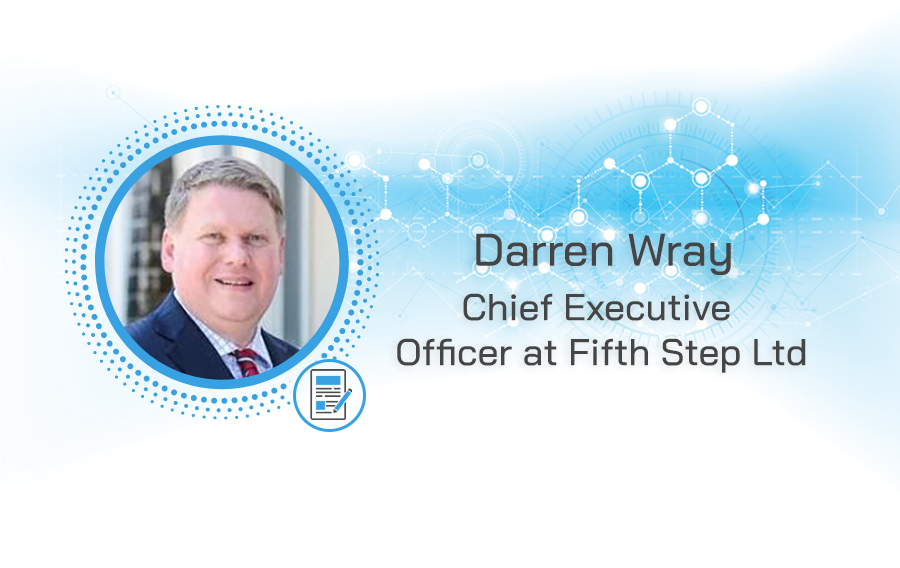 Darren Wray is the CEO at Fifth Step Limited. This company helps businesses leverage the power of their IT resources, boost business performance, and prepare for digital transformation. Thanks to his extensive background in the IT landscape, Wray excels at leading the Fifth Step team to deliver an unbeatable customer experience to their clients.

When he's not working on growing the Fifth Step brand, Darren is also sharing his knowledge as an international speaker and an author.

An Amazing Background in IT

Darren's journey into IT started at an early age when he joined the Aviva team as a Senior Systems Analyst and Programmer in 1988. After his time there, Darren undertook numerous roles with a programming focus, at the likes of Abbey (now Santander), IBM, EFDS (now Activity Alliance), and Boxclever. Then, Darren took on a position as IT DIrector of Web Services for the ACE European Group, where he stayed for five years.

In 2008, Darren moved down the business and decision career path, beginning as CDS Global's CTO of Europe and Australia. Then, in 2009, Darren's journey with Fifth Step began: firstly as CIO at Gap Demon, a Fifth Step company, before becoming CEO of the Fifth Step company, where he remains today.

Looking into the Future with Fifth Step

In his current role, Darren is responsible for leading the specialist IT advisory company in delivering excellent IT leadership and change management. As companies throughout the world continue to transform, Darren's company guides them in making the most of their technology assets.

Wray earned his education in Business Administration and Management from the Hult International Business School.