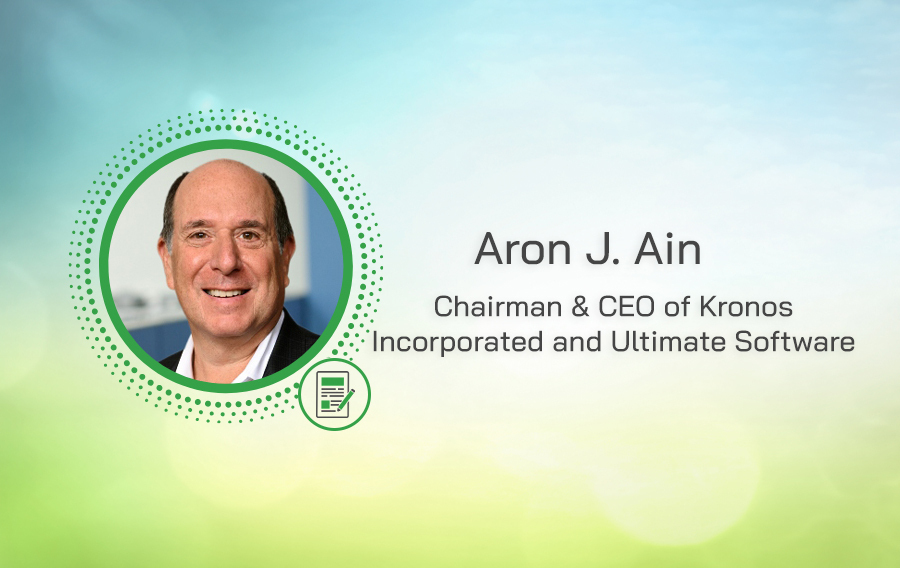 CxO of the Week: Aron J. Ain, CEO of Kronos

Aron J. Ain is the CEO of Kronos, a company offering human capital management and workforce management solutions through the cloud. Ain joined the Kronos company in 1979 and has since played a crucial role in the development of the brand. In 2005, Ain earned the position of CEO. Leading up to that point, he had a variety of careers within Kronos.
Under leadership from Aron, Kronos has undergone a massive transformation, moving from a licensed software to a cloud and SaaS company.

A Pioneer with Incredible Dedication

Before starting his long career with Kronos, Aron earned his bachelor's degree in government and economics from Hamilton college. Ain has also taken part in various educational programs over the years.

Kronos is the only company that Ain has ever worked for. He has spent more than 40 years with the business, holding positions like Vice President of Worldwide Sales and Service, Regional Manager, and more. In his early years with the company, Ain held several marketing, support, service, and sales roles.

In the decades he has spent with Kronos, Aron has developed a strong reputation as a pioneer of human capital management, and workforce management. His insights have helped to revolutionize the way that companies manage their workforces. Ain is one of the masterminds between the new digital workplace, and he helped Kronos move into a cloud-focused environment.

In 2020, when Kronos and Ultimate Software merged, Aron stood out as the only choice for CEO and chairman for the newly combined company. Ain now helps to motivate and guide more than 12,000 team members around the world.

Changing the World of Work

Aron has transformed his industry with his unwavering commitment to pioneering technology and new styles of work. He says that managing people is a privilege and something that shouldn't be taken lightly.

Ain is a multi-year recipient of the Top CEO award from Glassdoor. Aron believes that anything is possible when a team works effectively together under great management. For his contribution to the industry, Ain earned CEO of the Year award from the Mass Technology Leadership Council. He was also chosen as Entrepreneur of the Year by Ernst and Young.