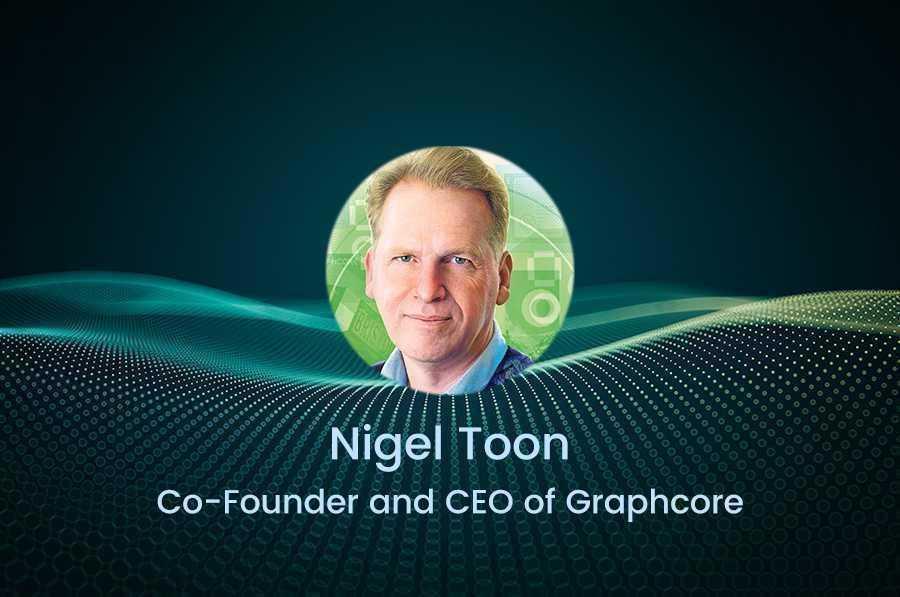 CXO of the week: Nigel Toon, co-founder and CEO of Graphcore

One of the most reputable names in the technology development industry, Nigel Toon is the co-founder and CEO of Graphcore. The Graphcore brand puts innovation at the heart of everything it does. This company, and its CEO, believes in creating a world of healthier, more informed, and more creative people through technology. As co-founder of Graphcore, Toon helped to design a company that harnesses the power of technology to enhance human potential. This business uses tech to unlock next-level intelligence and discover new opportunities for progress. Before Graphcore, Nigel also spent numerous years working as CEO for two VC-backed brands in Silicon Valley: Picochip and XMOS.

A History in Pioneering Technology

Nigel Toon's background extends from semiconductor technology to SoC, IC, and more. He started his career in 1989 as the VP and GM for Europe at the Altera Corporation. Here, Toon spent almost 13 years building and establishing the components of the brand's European business. It then went on to achieve phenomenal revenues of $400 million per year.  After he finished his work with Altera, Nigel moved into a career as the Founder and Vice President of a company named Icera Inc, where he spent another six years and 11 months. Icera was a leading 3G cellular chip company at the time, where Toon helped with things like marketing, sales, and supporting the Board of Directors, until the brand sold to NVIDIA in 2011 for $435 million.  Next, Toon moved into a role with PicoChip as its CEO and President. With Nigel at the helm, PicoChip accomplished fantastic growth, before it sold to the Mindspeed brand in 2012.  By the time he entered his career with XMOS, Nigel Toon already had a fantastic background in the technology field. The idea for Graphcore built was built within XMOS and evolved over two years before being instituted as a separate entity in 2016.

Exploring the World of Tech

Nigel's experience in technology and his passion for pioneering new tools makes him an inspirational figure to his peers. Over the years, he's created three separate patents for technology within his field. Furthermore, he has helped his teams see the potential of chip developments for the future of human progress.  In 2017, Toon revealed that his company, Graphcore, had just closed a $50 million Series C funding round with Sequoia Capital. So far, this extra dose of funding has helped Graphcore become even stronger than ever.