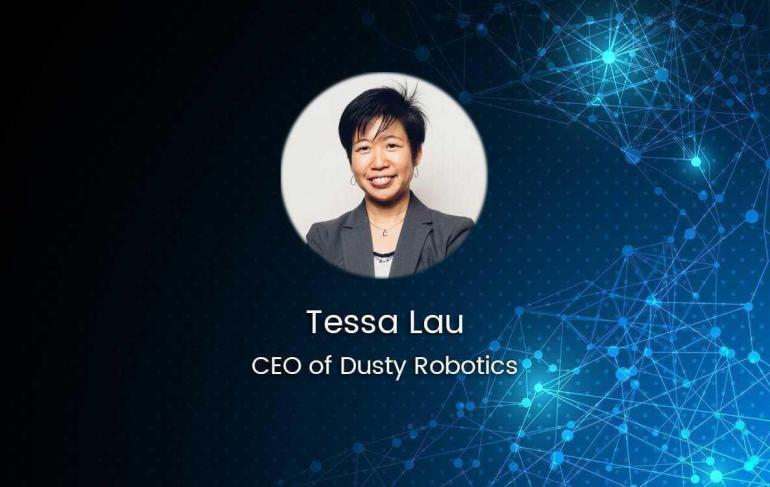 These days, there's an increasing number of "C-Suite" roles in the technology industry. From Chief of Operations to Chief Information Officer. However, one of the rarest titles of all is that of Chief Robot Whisperer. Today, Tessa Lau is the CEO and Founder of her own company, Dusty Robotics. However, from 2013 to 2018, she was Chief Technology Officer and Chief Robot Whisperer for the brand, Savioke. During her time with Savioke, Tessa was responsible for launching a robotics campaign that sent more than 75 artificial intelligence bots into hotels. These state-of-the-art service agents ushered in a new era of customer care in the hospitality industry. They also act as an incredible insight into the innovation and passion of women like Tessa Lau.

From Chief Robot Whisperer to CEO

Tessa Lau believes in functionality, order, and creativity. Her passion for pioneering new technology pulled her into the world of computer science from a young age. First, she earned her Cornell University bachelor's degree, then moved onto a doctoral degree from the University of Washington. After that, Tessa joined the ranks of Microsoft as a research summer intern, before pursuing a career with IBM for more than a decade. With IBM, Lau thrived in the realm of research, working her way through the ranks and developing innovative programming systems for end-users. It wasn't until she led a research effort with Willow Garage in 2012 that Tessa had her first encounter with a robot. By the time Lau joined Savioke in 2013, she already had a deep interest in personal robotics. According to her colleagues, Tessa had a unique ability to combine the raw potential of artificial intelligence, with human compassion. Drawing from a wide range of experiences in disciplines like machine learning and electrical engineering, Lau creates robots with human beings in mind. In one OZY interview, she said that she wants her robots to be "functioning members of society."

A Passion for Pioneering Technology

When Tessa moved from her position as Chief Robot Whisperer at Savioke, into the role of CEO at Dusty Robotics, she maintained her innovative view of the AI space. Today, Dusty Robotics follows Lau's ambition to create a world where robots give human beings "super-powers." With a vision to make the impossible, possible, Tessa is now responsible for building state-of-the-art construction bots. Dusty Robotics empowers construction teams by creating AI machines capable of completing crucial industrial tasks. The company works with some of the world's most innovative construction brands, and it's transforming the industry one business at a time. Over the years, Lau has served on program committees for various major HCI and AI conferences. She's been on the board for the CRA-W - the committee for the status of women in computing research. Tessa was even named one of the most creative business people by Fast Company in 2015, and she's a Rising Star according to OZY magazine.