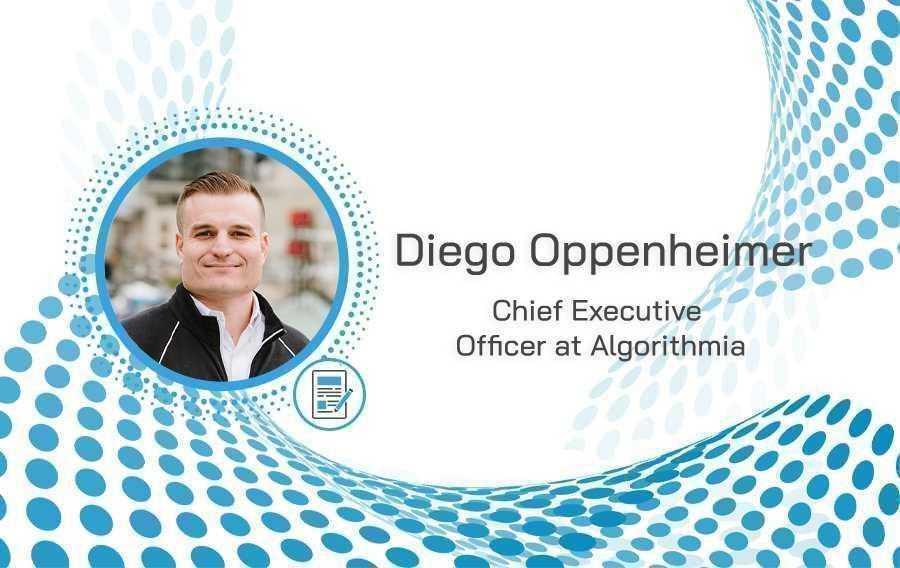 Diego Oppenheimer is Co-Founder and CEO at Algorithmia, which he launched in 2014 with the company's CTO, Kenny Daniel. The unique company is dedicated to transforming the machine learning environment, offering ML on a managed base so that companies can rapidly deploy and serve intelligence systems at scale. The Algorithmia model ensures that companies can go from insights to value within a matter of days, thanks to agile strategies for transformation.

Diego's interest in technology began at a young age. This led him to pursue an MSc in Information Systems Management and Data Analytics from Carnegie Mellon University, where he graduated with the highest honours.

Unique experience in the tech space

Oppenheimer's career history began at companies such as Barclays and PriceWaterhouseCoopers, before finding a role more suited to him as Lead Developer at SAI Consulting Engineers. Here, he was responsible for assisting in the development and implementation of the SAI portal.

After SAI Consulting Engineers, Diego moved on to become the Co-Founder and Head of Business Development for Talented Tenths, an organisation that supported minority and women business enterprises.

Diego has also undertaken a variety of roles at Microsoft. In 2008, he began as a Program Manager for the company, focusing on Excel Business Intelligence. Then, in 2012, Diego became Program Manager – Data Experiences. Then, after five years at the company, Diego left and co-founded Algorithmia.

Through his unique experience in the tech space, Diego has been able to pinpoint a unique challenge for his customers and make machine learning more accessible for everyone. Today, he and his team continue to work towards creating a world where the power of machine learning is available on a managed basis.