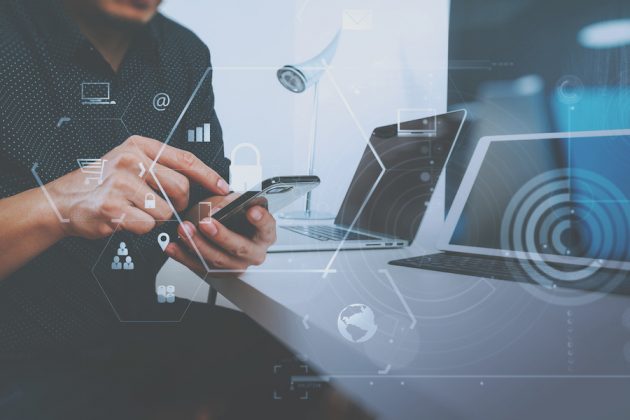 Only 48% of businesses can detect if any of their Internet of Things (IoT) devices suffers a breach, according to a new study from Gemalto. As a result, the use of blockchain technology to help secure IoT data has doubled within a year.

The software company surveyed 950 IT and business decision makers globally in order to gauge the state of IoT security. Overall, the results show that spending on security has grown from 11% of a 2017 IoT budget to 13% today. Nearly all of the respondents (90%) said that this increase in security was a "big consideration" for customers.

Moreover, almost three times as many people perceived IoT security as an ethical responsibility (14%) compared to last year (4%). With more internet-enabled devices than ever, enterprises have never been so vulnerable to IoT-related breaches. Despite an increased focus on IoT security, however, companies are still failing to recognise when their IoT devices have suffered a breach.

With the number of attacks increasing, it is no surprise that Grand View Research expects the global IoT market to reach $9.88 billion by 2025. With the growing incorporation of AI and IoT, organisations are far more vulnerable to security breaches. According to the report, this is “driving awareness regarding cyber-attacks among consumers as well as businesses.”

Addressing these security challenges within the IoT space is therefore creating an increasingly growing market. Gemalto also discovered that 79% of business decision makers are asking for more robust guidelines on IoT security. A further 59% are currently seeking clarification on who is responsible for protecting IoT. The vast majority of respondents (95%) said that there should be uniform regulations in place. The same number of consumers agreed with this sentiment, and 62% said that IoT security needs to improve.

A warning from a CTO of Data Protection

Jason Hart, CTO, Data Protection at Gemalto commented on the "worrying nature" of IoT device security. "With no consistent regulation guiding the industry, it's no surprise the threats – and, in turn, vulnerability of businesses – are increasing," he said. "This will only continue unless governments step in now to help industry avoid losing control," he warned. "Businesses are clearly feeling the pressure of protecting the growing amount of data they collect and store."

Hart said that companies must pressure the government to introduce proper regulation. While it is positive that companies are investing in more security, "they need direct guidance to ensure they're not leaving themselves exposed," he concluded.

Previous article
UC&C market to benefit from 9% CAGR until 2024
Next article
How is the demand for cloud damaging on-premises tech?